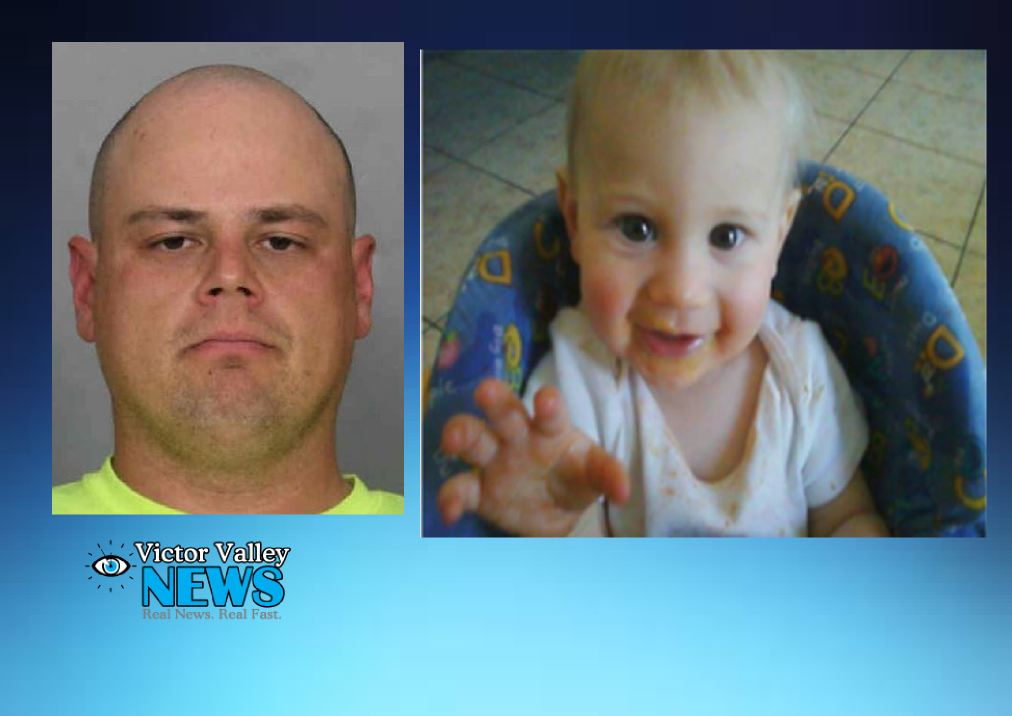 APPLE VALLEY-(VVNG.com): Nearly 4 years after the May 20, 2011 apartment fire that took the life of 11-month-old Bradley Dingman his father 30-year-old Lucas Dingman has been arrested.

Dingman, who was living in La Porte City, Iowa was arrested on May 1, 2015 by the San Bernardino County Sheriff’s Detectives assigned to the Specialized Investigation Division, Homicide Detail, Cold Case Team.

The fire occurred in the 20300 block of Broken Bow road in Apple Valley at approximately 9:55 am back on that May 2011 day.  The Apple Valley Police were the

first to respond to the report of an apartment fire. Upon arrival, deputies were informed that smoke alarms had sounded inside of the home. Residents then reported finding smoke and flames inside the bedroom of 11-month-old, Bradley.

A neighbor that heard the alarm extinguished the fire, but the child was found inside his crib suffering from burns to 70% of his body and smoke inhalation. Emergency fire and medical personnel responded to the location and the infant was transported to St. Joseph’s Medical Center for treatment. Bradley Dingman succumbed to his injuries on May 21, 2011.

The case went cold despite the fire being ruled arson. In February 2014, the detectives assigned to the Cold Case Team reopened the investigation.

On May 1, 2015 that investigation led detectives to travel to Waterloo, Iowa to conduct an interview of the victim’s father, Lucas Dingman.  At the conclusion of the interview, Dingman was arrested for the murder of Bradley Dingman. Dingman was booked into the county jail and is awaiting extradition back to San Bernardino County.

Anyone with information regarding this investigation is urged to contact Detective Jerry Davenport or Sergeant John Gaffney of the Sheriff’s Homicide Detail at (909) 387-3589. Callers wishing to remain anonymous are urged to contact the We-Tip Hotline at 1-800-78-CRIME (27463) or you may leave information on the We-Tip website www.wetip.com.