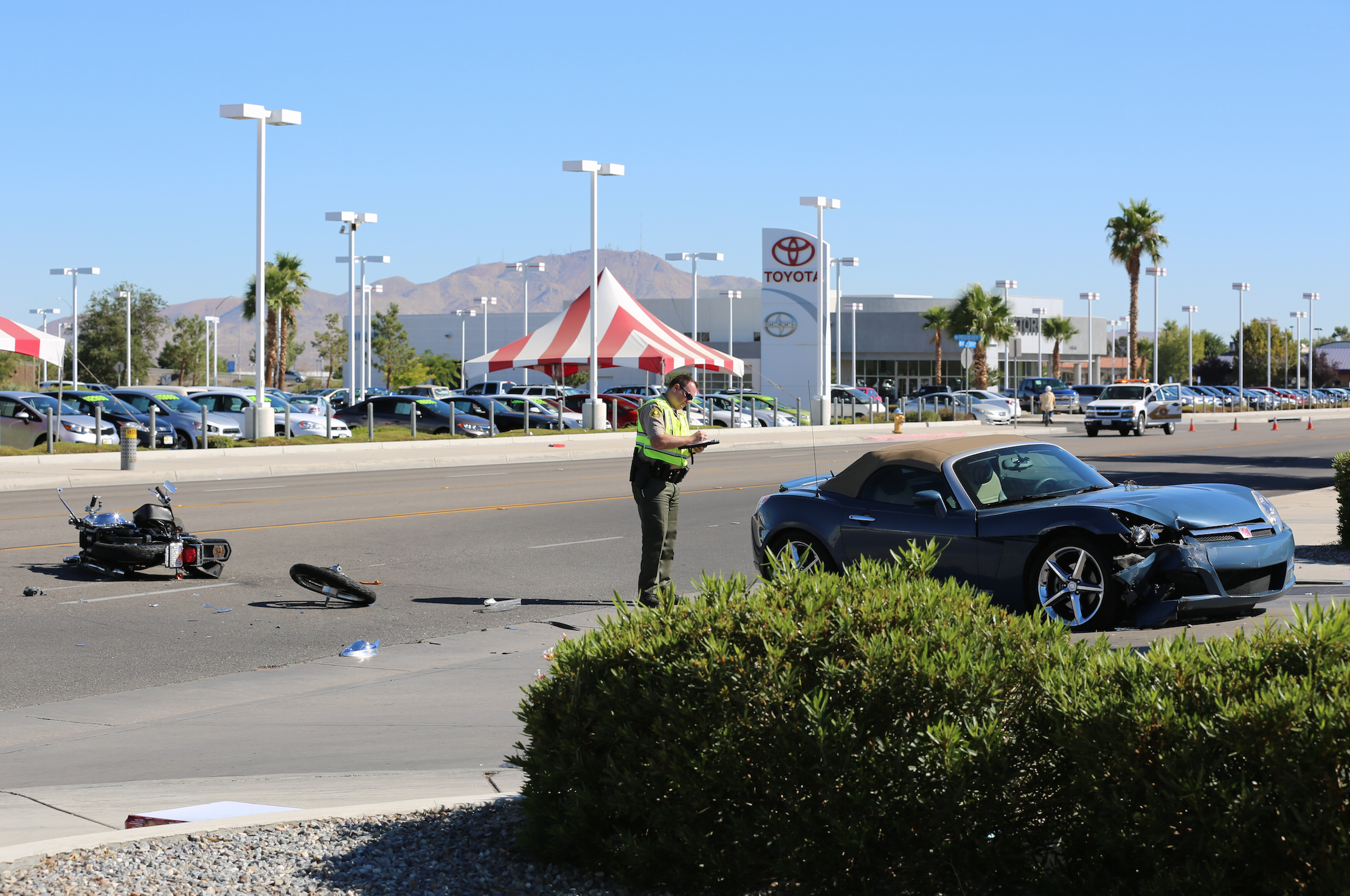 VICTORVILLE:(VVNG.com)- The San Bernardino Coroners Department has identified the man killed in a motorcycle crash in Victorville on Saturday. Officials identified 62-year-old Roger Wayne Woods a resident of Apple Valley as the deceased. Woods was transported to a nearby hospital where he was declared dead at 9:36 AM.

On August 16, 2014, at 8:50 AM, San Bernardino County Sheriff Department responded to the 14000 block of Valley Center Drive, for a motorcycle versus auto collision.

According to the release, Woods had been riding his motorcycle northbound on Valley Center Drive when the driver of a southbound 2007 Saturn made an abrupt left turn and struck Woods. The female driver of the Saturn was not arrested.

Melissa-Mike Capone witnessed the fatal accident, “I did all I could do. Made sure he had a clear breathing airway, kept checking pulse, talked with him. Telling him to hold on! Holding his hand so he felt he wasn’t alone“. Melissa would like the Woods family to know that he wasn’t alone. “He was unconscious and I’d like to think he felt no pain. I’m utterly heartbroken for him and his family and I’ll certainly be there for them,” she expressed.

Victor Valley News Group member Ester Favreau, commented the following, “Roger was an example of a good husband, father, brother, and friend. Sincere , kind, and thoughtful. These are the words we used for years to describe the type of person he was. He believed in God, not religion. There aren’t that many men like him nowadays.”