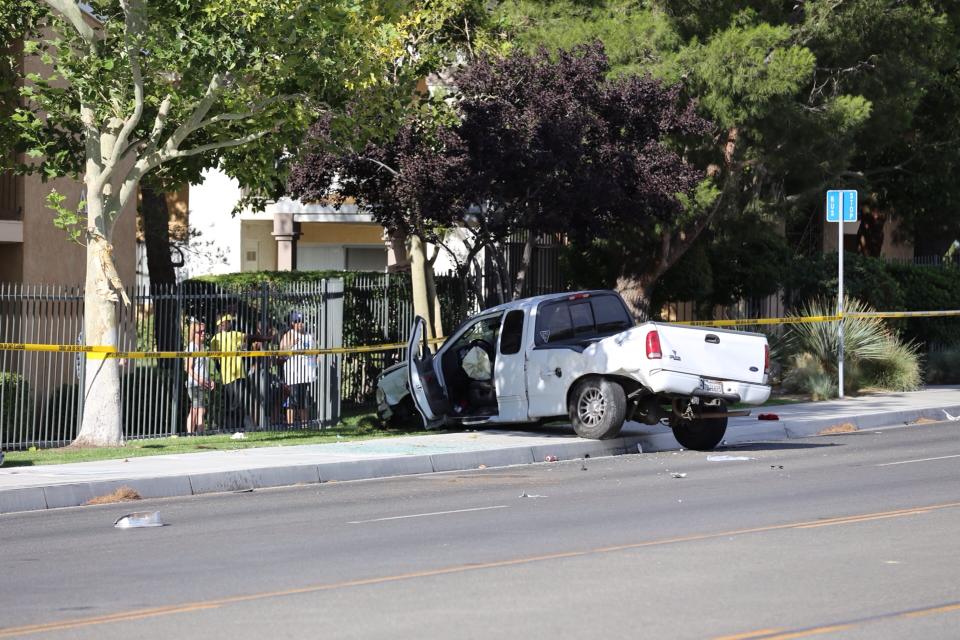 VICTORVILLE:(VVNG.com)- A portion of Nisqualli Road between Balsam Road and 11th Avenue remains shut down as of 11:30 p.m., on Saturday following a two-vehicle traffic collision.

A white Ford F-150 pick up truck and a white 4-door Toyota Camry for unknown reasons collided in front of the Mountain Vista Apartments at approximately 4:15 p.m.

According to witnesses, one male and one female could be seen lying in the roadway just outside the passenger side of the pickup truck. At this time its unsure if both were occupants in the truck or if the female was a pedestrian at the time of the accident.

Victor Valley News Group member, Keiana Henderson was one of the first people to arrive and she shared the following;

“Everything happened so fast and they both flew in the air so I don’t know who came from where. But the ladies shoes were both outside the car as well as her sunglasses and a few other belongings of hers only, which lead me to believe she was outside the car walking.”

The unidentified male was the driver of the Ford truck. He was transported by Mercy Air to Arrowhead Regional Medical Center with unknown injuries. The female patient was transported to Desert Valley Hospital and pronounced deceased a short time later. According to the San Bernardino coroner’s department, the female has been identified as Jeannette I. Espinoza, a 34-year-old female resident of Victorville.

The driver of the Toyota was also transported to a local area hospital with non-life threatening injuries.

At this time the exact cause of the accident is unknown and it’s unclear if drugs or alcohol were a factor. More information will be updated as it becomes available. 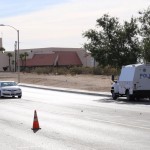 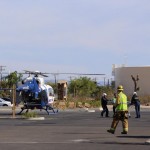 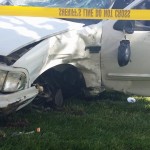