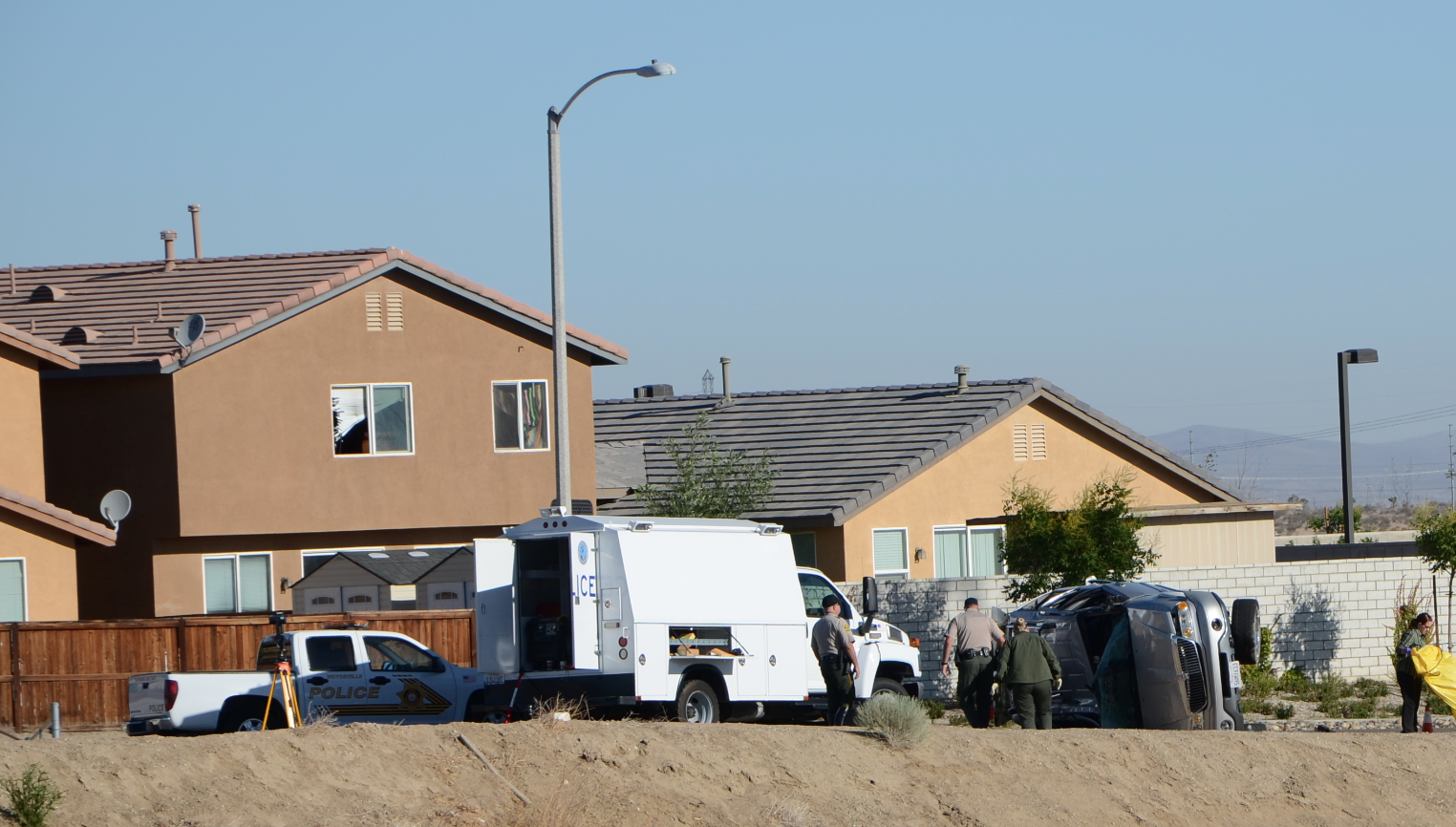 Update:
Jose Nestor Sanchez, 26, of South Gate, has been identified as the victim who passed away in this mornings rollover.

Police are investigating a fatal single vehicle rollover that happened in Victorville during the pre-dawn hours.

Upon arrival, emergency personnel discovered one vehicle had rolled and landed on it’s side.

An airship was requested to transport a female, possibly the driver of the vehicle but Mercy Air was unable to fly due to mechanical and weather issues. The unidentified female was transported by ground ambulance and her condition is unknown at this time.

A male believed to be the passenger was ejected from the vehicle and died from his injuries at the scene. His name has not been released pending confirmation that his next-of-kin has been notified of his death.

The portion of the road will be closed as the accident remains under investigation. 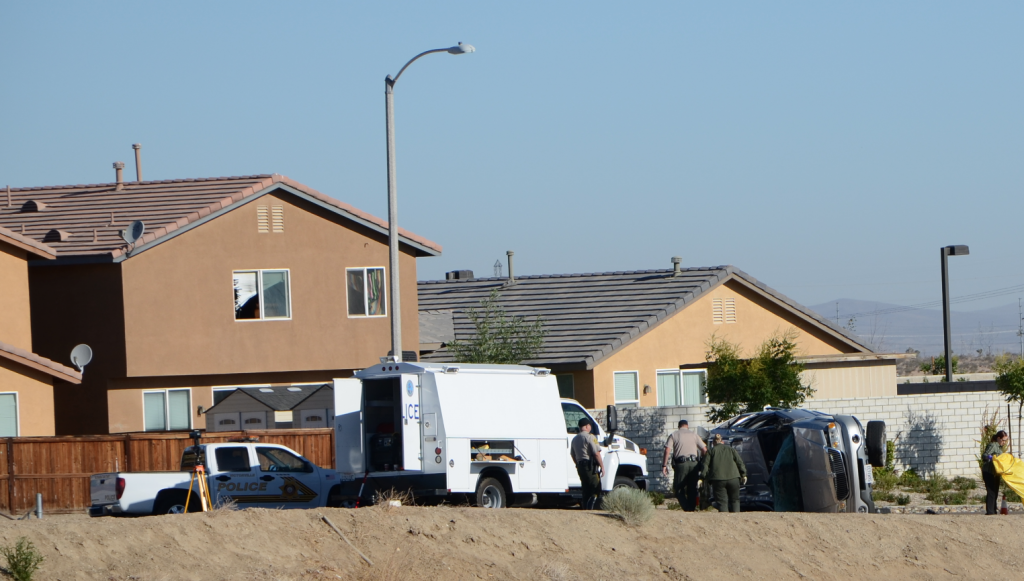