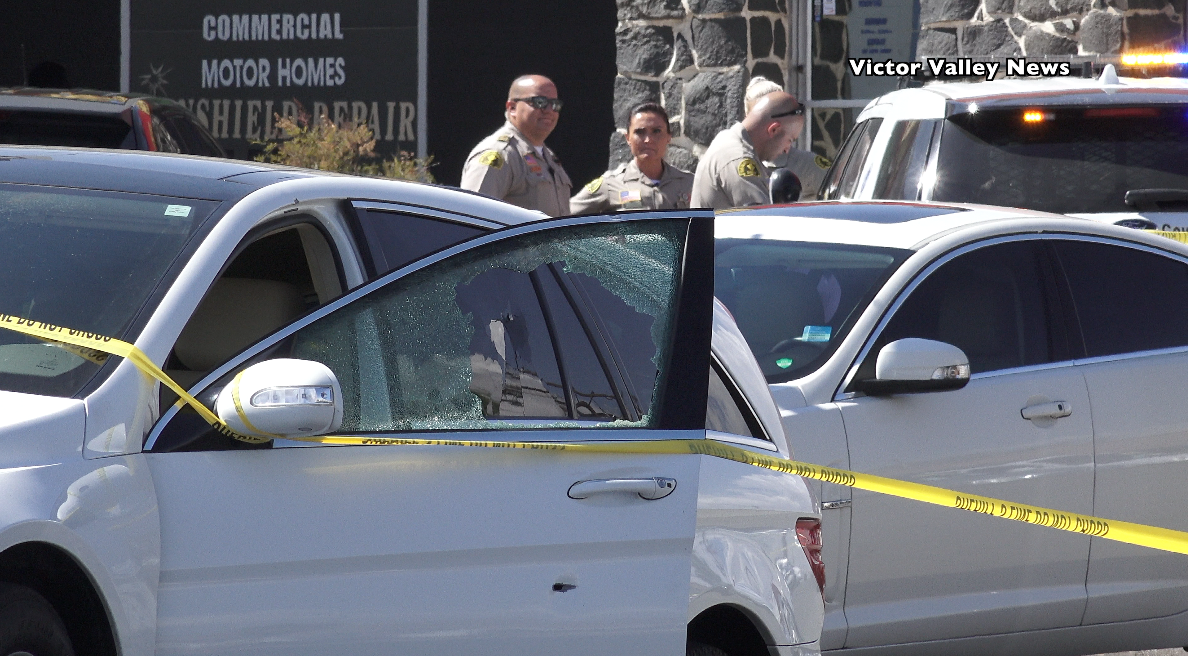 UPDATE @ 2:45pm – Victorville deputies responded to an assault in the area of 7th St/Desert Knoll Drive. During the contact with suspect a deputy-involved shooting occurred. Female suspect is deceased on scene. Detectives from Specialized Investigations Division conducting the investigation.

According to witnesses, 6-7 gunshots were fired into a white Mercedes sedan, fatally wounding at least one occupant inside.

The incident happened in the 14800 block of 7th Street outside a business called the Auto Group.

Authorities on the scene are remaining tight-lipped, and have not disclosed the circumstances leading up to the shooting.

This is a breaking news story, and more information will be provided as it becomes available.