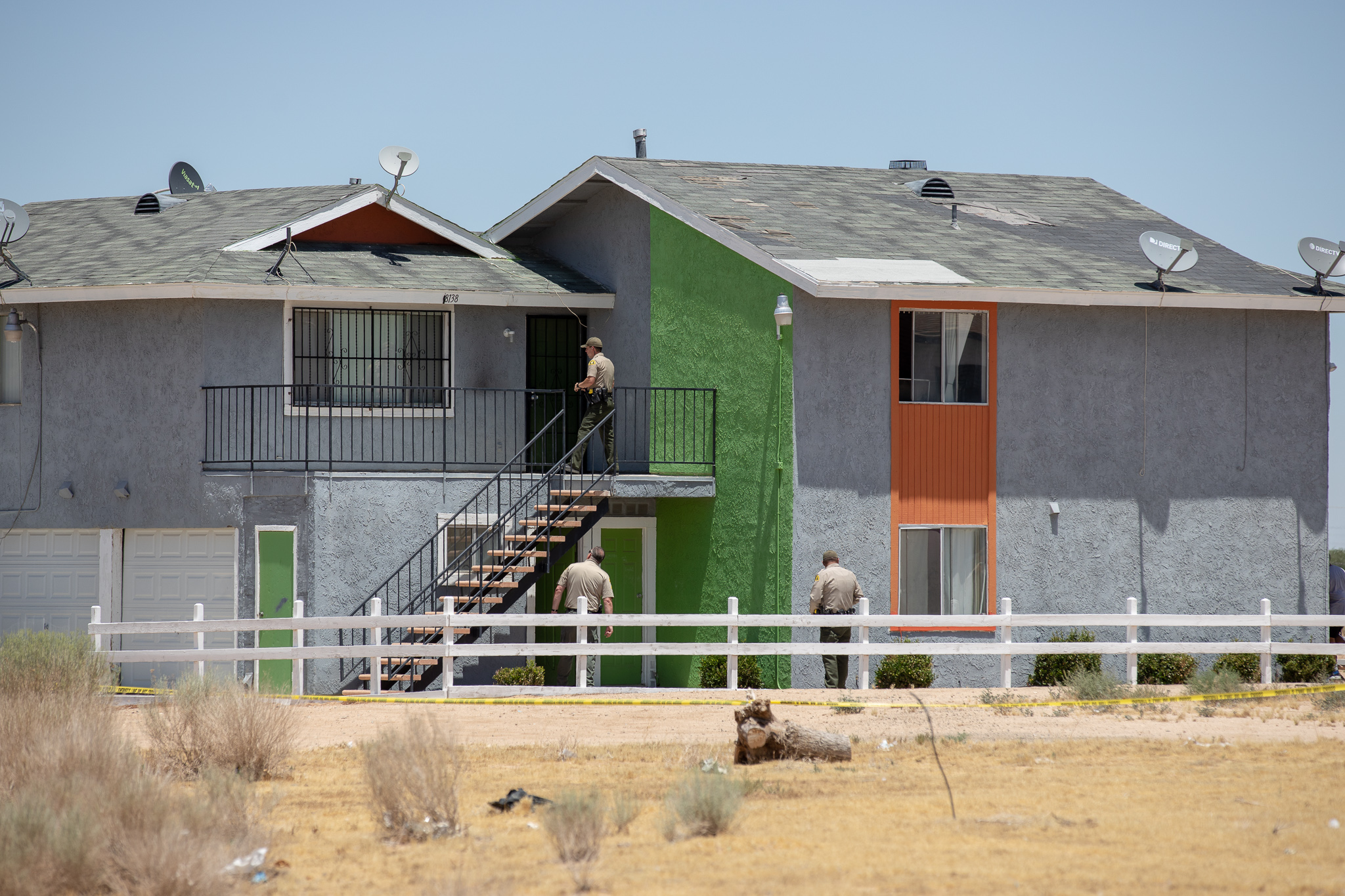 It started at an apartment complex in the 18000 block of Poinciana Road near Bartlett Avenue in Adelanto. At 11:11 a.m. deputies responded to a report of a Domestic Battery, Sheriff Spokeswoman Jodi Miller told VVNG.

When deputies arrived at the location, they encountered the male suspect with a knife in his hands and demanded him to drop it, according to several witness statements.

“He was outside with a butter knife,” stated Samuel Jace, “two cops came up he put his hands up and they shot him multiple times.”

A video posted to social media showed deputies performing chest compressions on the man before he was taken away in an ambulance.

“[T]he suspect was transported to a local area hospital,” stated Miller, “Detectives from the Specialized Investigations Division-Homicide Detail are in route to conduct the investigation.”

Sheriff’s officials have not confirmed if the man shot has passed away from his injuries. However, family and friends are posting about the incident on Facebook and said he has died.

The last public post on the profile was made at 11:16 am, five minutes after police were dispatched to the location. “I Love u all take care”, read the post.

The identity of the deceased man has not been officially released.