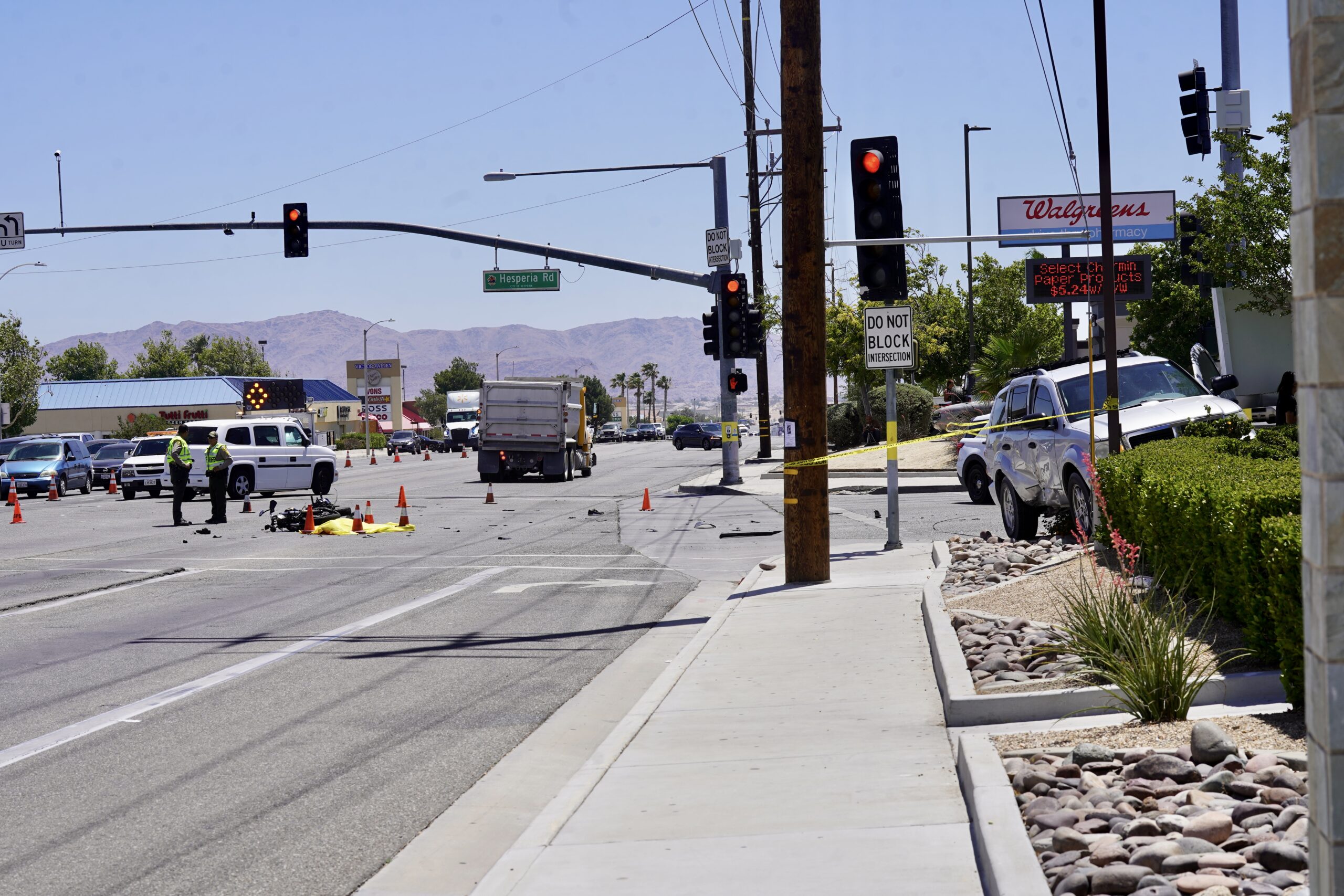 HESPERIA, Calif. (VVNG.com) — A rider on a motorcycle died in a crash with an SUV in Hesperia Friday morning.

The male rider was traveling through the intersection of Bear Valley Road and Hesperia Road when it collided with a silver Dodge SUV driven by female motorist.

“I was sitting at the red light, an SUV turned right in front of the motorcycle, and the rider slammed into her. She pulled over to the side, I jumped out of the car to try to help the guy, but he was already deceased.”

The male rider struck the left side of the SUV, and the man was was pronounced deceased at the scene.

His name was being withheld, pending notification of relatives.

The woman driving the Dodge, and several of her passengers, did not suffer injuries.

According to San Bernardino County Sheriff’s spokesperson, Mara Rodriguez, the driver of the SUV stayed and cooperated with officials.

Motorcyclist airlifted after a crash on Balsam Road in Victorville