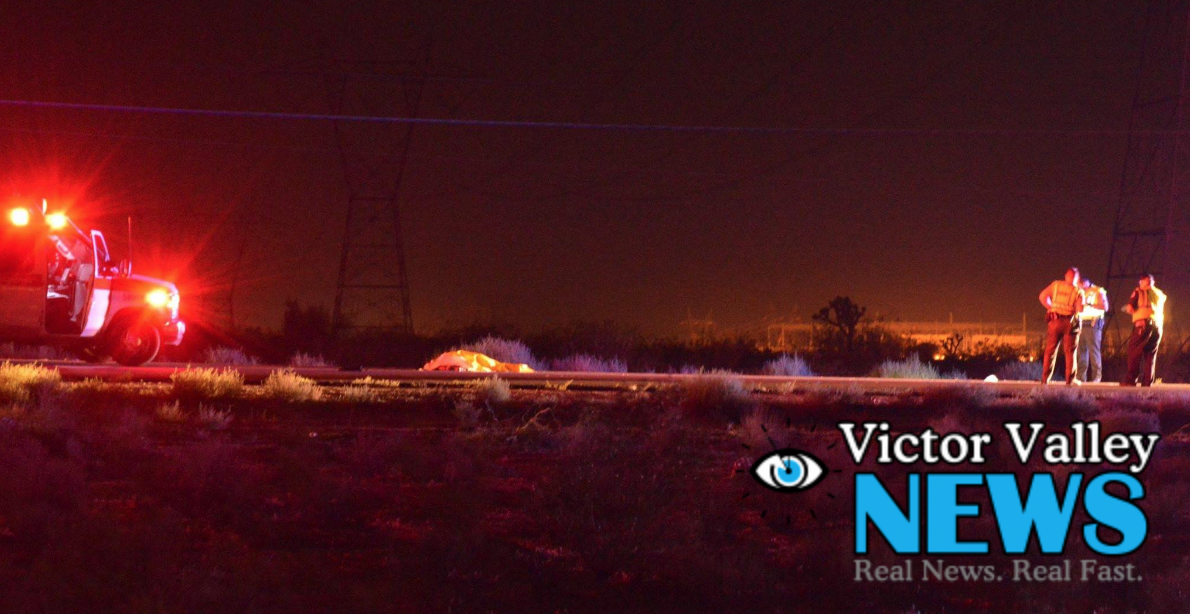 ADELANTO-(VVNG.com): North and Southbound lanes of traffic on Highway 395 in Adelanto were shut down on Thursday night following a fatal traffic collision leaving a motorcyclist deceased.

Upon arrival of the emergency personnel, the rider of the motorcycle was confirmed dead on arrival. Officials from the San Bernardino Sheriff’s Victor Valley Station said that male driver of the 2007 Kawasaki was traveling southbound on Highway 395. He left the roadway and flipped his motorcycle, and was subsequently struck by northbound traffic.

The identity of the deceased will be released pending notification of next of kin. There were no other injuries reported as a result of this collision.

The Major Accident Investigation Team (M.A.I.T.) will be investigating the collision, information will be updated as it is received.