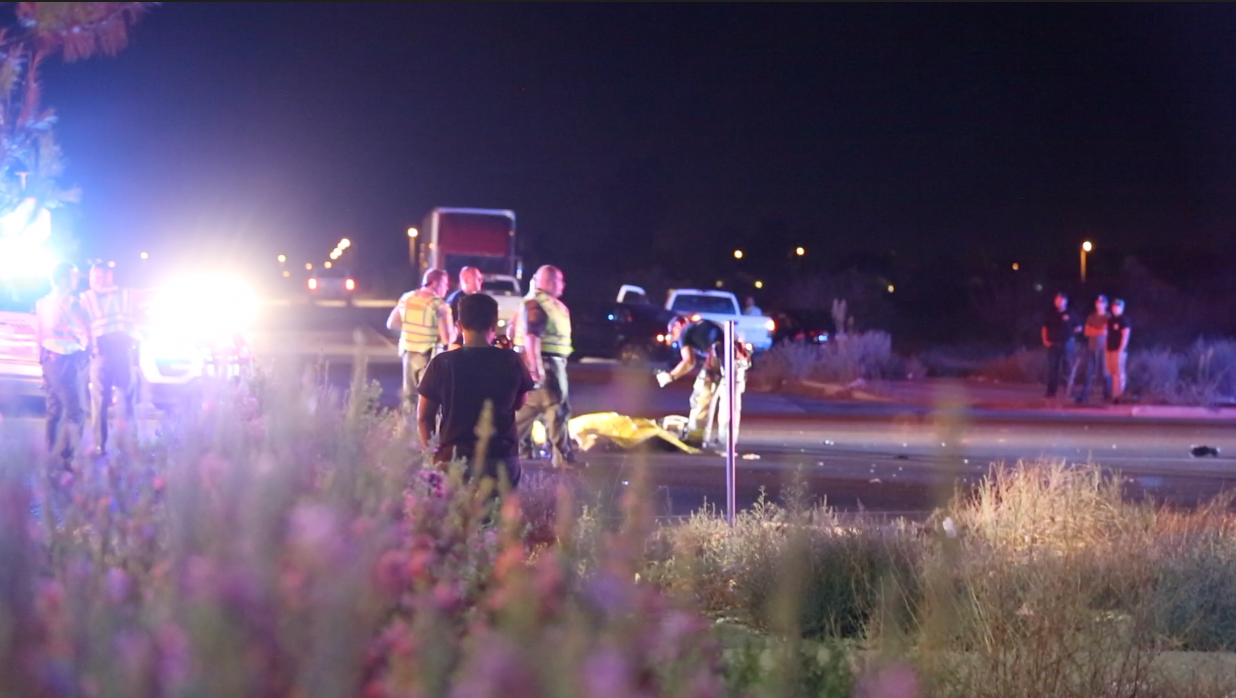 VICTORVILLE, Calif. (VVNG.com) A portion of US Highway 395 is closed after a motorcyclist was killed in a Friday night crash.

The accident was reported at around 11:20 p.m. near the Panda Express on Highway 395 involving a motorcycle.  At this time, It’s unclear if any other vehicles were involved.

When San Bernardino County Sheriff’s Deputies and emergency personnel arrived on scene they located the rider unresponsive and not breathing. The rider was pronounced dead from their injuries at the scene.

Highway 395 was closed in both directions between Crossroads Way and Seneca Road. It’s expected to remain closed for several hours while officials investigate the crash.