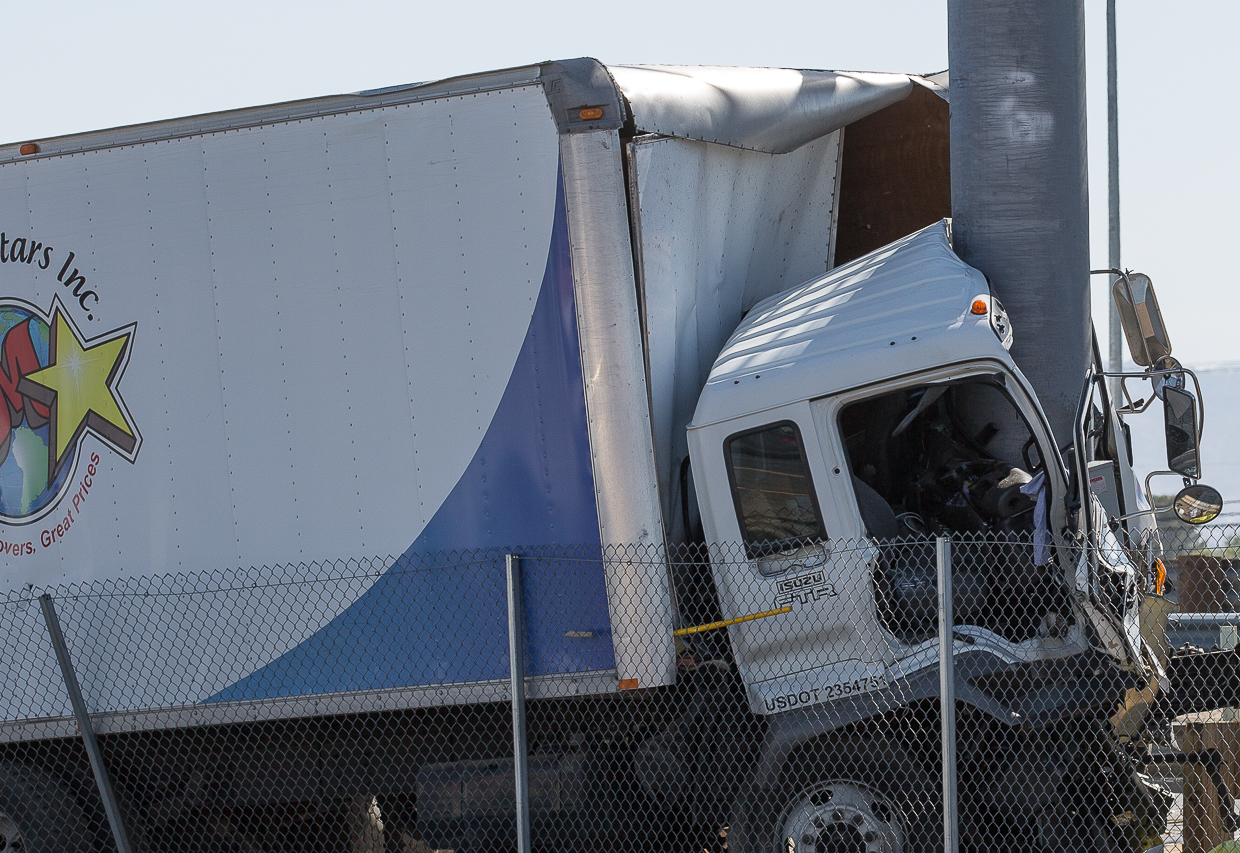 VICTORVILLE, Calif. (VVNG.com) One man was killed and a second man was airlifted in a deadly Mother’s Day crash on the I-15 freeway.

At approximately 8:40 a.m. officers with the California Highway Patrol responded to a single-vehicle traffic collision on the southbound 15 freeway just north of Nisqualli Road.

When officers arrived they located a box truck that collided with the guard rail and eventually into the La Mesa/Nisqualli freeway sign.

According to CHP officer J. Braughton, the driver and passenger were ejected from the truck.

One occupant was pronounced deceased at the scene. A male in his 40’s was airlifted to Arrowhead Regional Center. His condition remains unknown.

The truck belongs to a company called Moving Stars Inc., a company based out of Los Angeles and specializes in moving.

At least one of the occupants is from Orange County, according to a family member. The family was made aware of the incident by a nurse who rendered aid to the surviving patient before first responders arrived.

“I was able to speak with my brother on the phone for about 10 seconds thanks to the nurse who called us from his phone. We don’t even know what condition he’s in now or if he’s even alive,” said the brother of the man who was airlifted.

The Victorville CHP office is investigating the cause of the crash.

Traffic on the southbound 15 freeway was slow due to the accident.