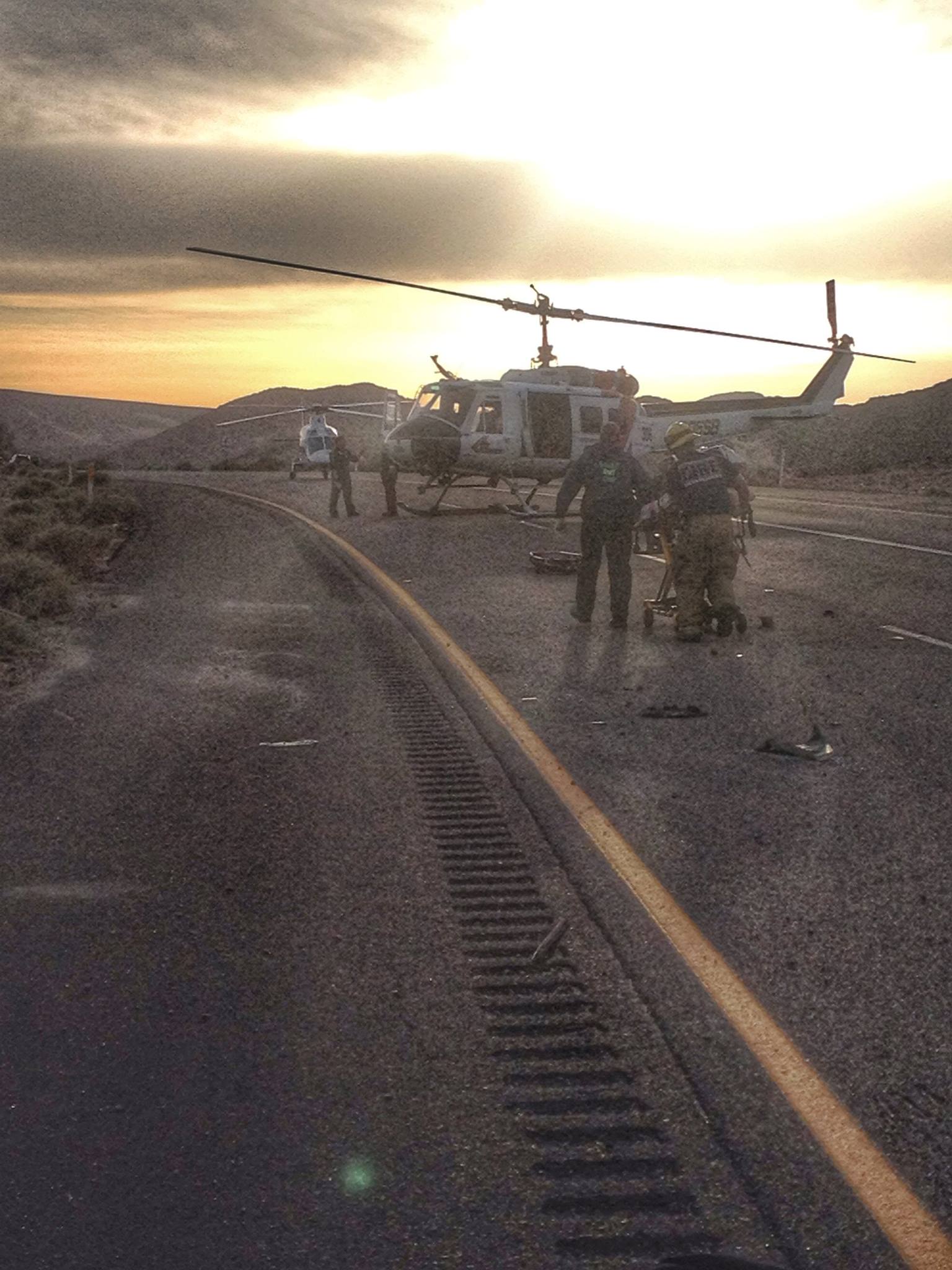 BAKER-(VVNG.com): On the evening of Wednesday, May 13th a traffic collision occurred on the freeway leaving a mother and her daughter dead at the scene.

The collision was reported just after 5:40 P.M., on the 15 freeway southbound at Mile Marker 116 in Baker between Afton Canyon and north of Basin Road.

The driver of a 1995 Honda Accord, according to the San Bernardino County Sheriff’s Coroner report, lost control causing the vehicle to overturn. The Honda was traveling northbound and crossed over the center divider into the oncoming southbound lanes. After crossing into the oncoming lanes, the Accord collided with a southbound 2008 Toyota Rav 4.

Per scanner traffic, two of the passenger were ejected from the vehicle and one required extrication.

The two that suffered fatal injuries were passengers inside the Honda. A 26-year-old woman, identified as, Derricka Boles and her daughter, 1-year-old, Zoe Bryant were both pronounced dead at the scene. Two medical Helicopters were requested for the remaining victims an approximate 23-year-old male and a 6-year-old male.

The collision is currently being investigated by the California Highway Patrol.

[box type=”warning” align=”aligncenter” ]County Fire would like to remind parents and adults that child car seats must be properly installed in order to be effective, and provide the greatest protection for children.[/box]