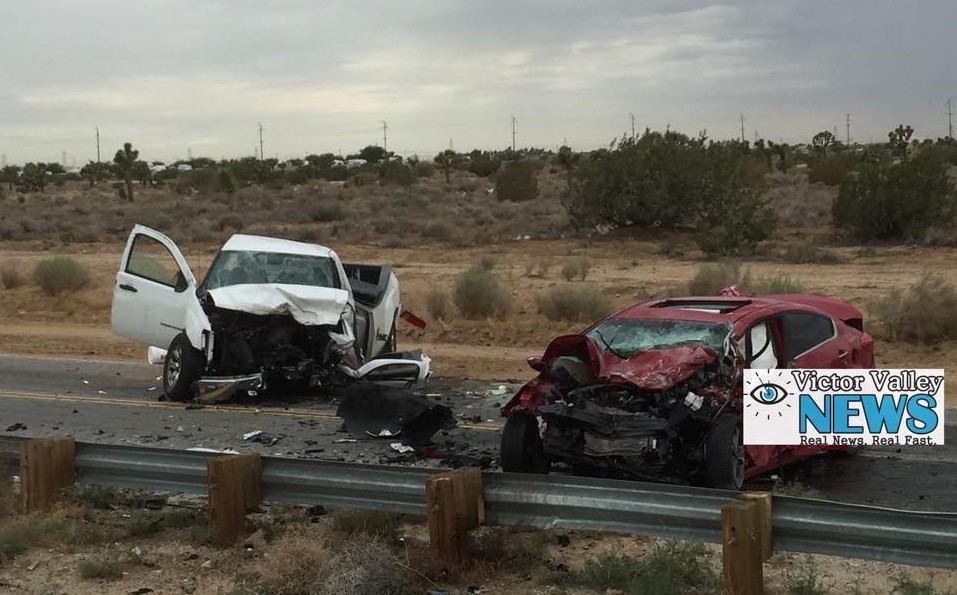 For reasons currently under investigation, a white pick-up truck and a red sedan collided head-on leaving the occupant of the red sedan fatally injured. The impact took place near the portion of the roadway where the road curves.

Per scanner traffic, one female was not moving and a male was barely moving. The male was trapped inside the pick-up truck and required extrication. Once extricated he was airlifted to Loma Linda Medical Center with unknown injuries. The female was pronounced dead on arrival.

A witness who rushed over to the truck, stated the male driver was drunk and was “100% out of it” and he could smell alcohol everywhere.

One of the first people on scene was a VVTA bus driver. Per the witness, the bus driver tried to check the woman’s pulse but she was gone.

According to Public Information Officer Karen Hunt, the accident is under investigation by the M.A.I.T. (Major Accident Investigation Team) and no additional information is available.

The identity of the deceased is currently being withheld pending notification of next-of-kin. At this time authorities can’t confirm if speed or alcohol was a factor in the collision.