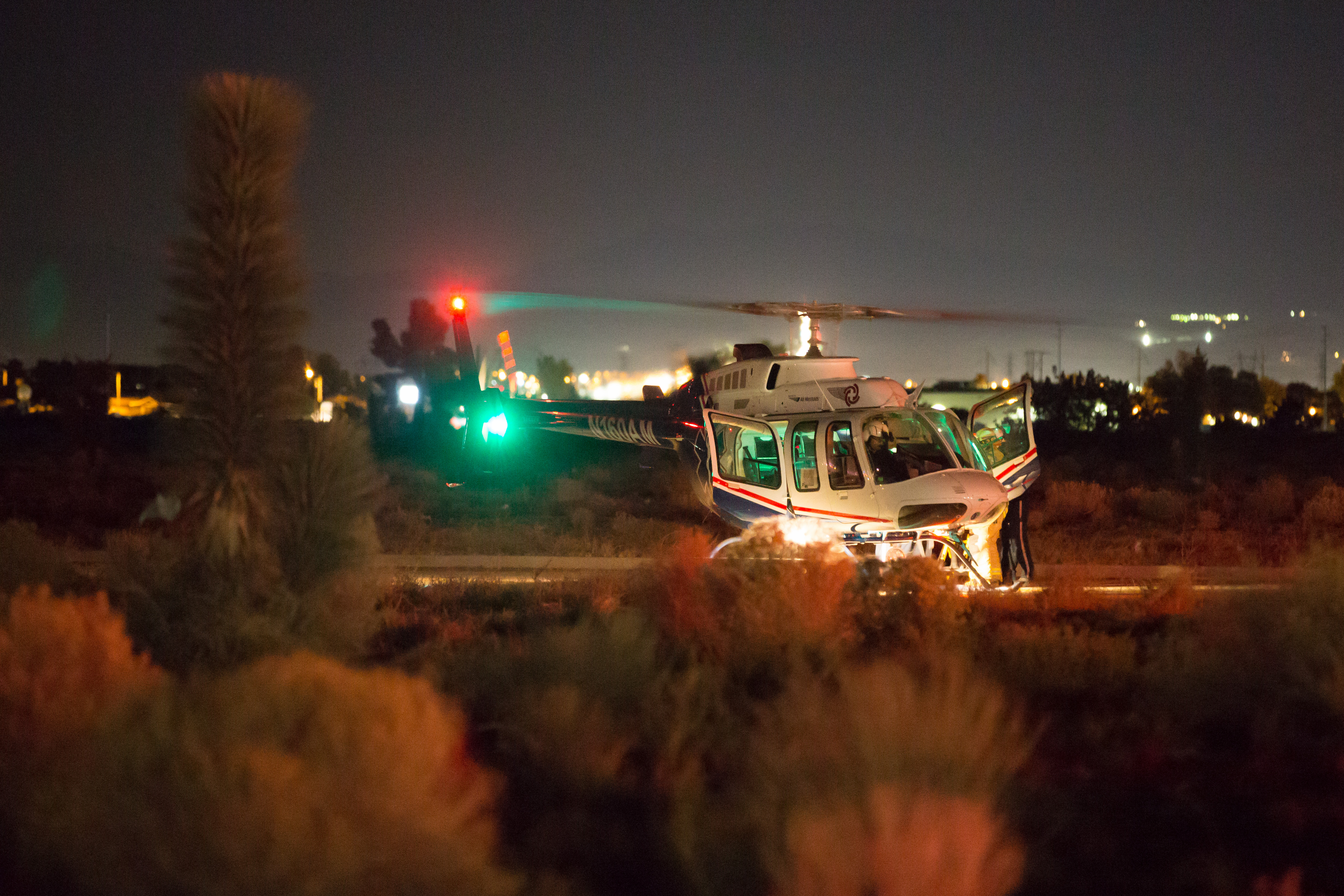 It happened just after 9:40 p.m. on Highway 395 just north of Three Flags Court.

Per scanner traffic, deputies were searching for a white Honda 4 door sedan that may have been racing a vehicle involved.

A driver of one vehicle, a gray Honda Accord, was pronounced dead at the scene by medical personnel.

It took San Bernardino County Firefighters 20 minutes to extricate the driver of the second vehicle, a silver 2014 Chevrolet Cruze.

Brandon Cordova commented on a VVNews post and stated that him and his sister witnessed the driver of the Chevrolet racing a white Honda 4 door sedan just prior to the accident.

Highway 395 between Poplar Street and Main Street is expected to remain closed throughout the night and into the early morning as authorities investigate.

Further information was not readily available, as the investigation into this crash is ongoing.

Major accident shuts down #highway395 in #Hesperia. One dead another airlifted. #HeadOnCollision pic.twitter.com/NTOtpGBgZU