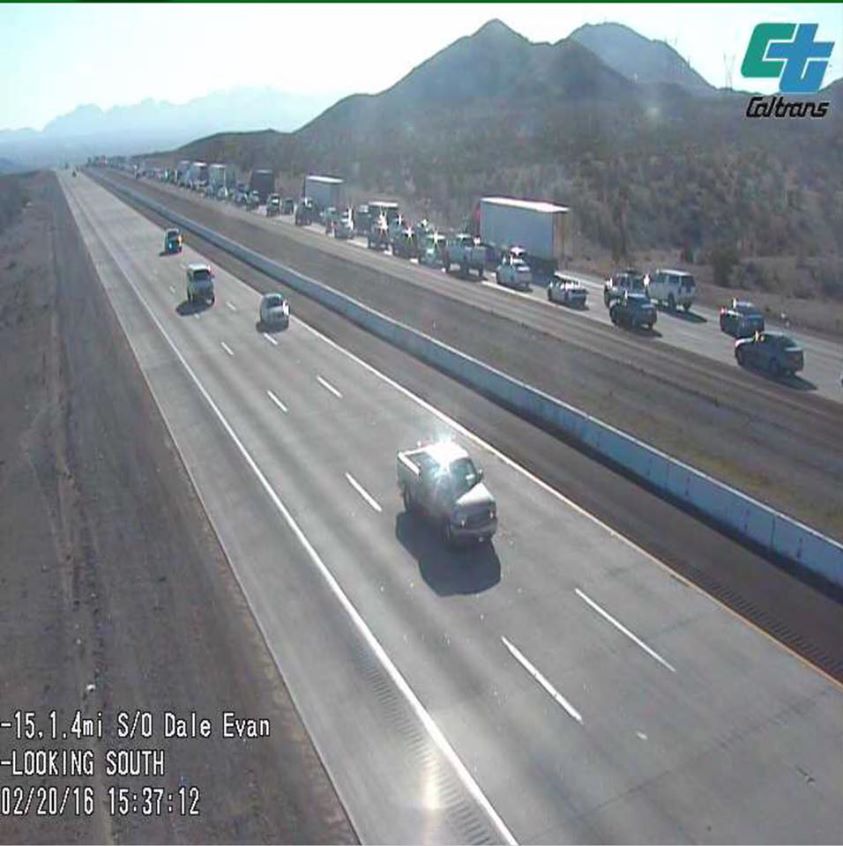 APPLE VALLEY-(VVNG.com): A fatal traffic collision on the I-15 south near the Dale Evans on ramp on Saturday afternoon caused traffic gridlock. The single-vehicle rollover involving a gold GMC Suburban was reported at 3:17 p.m. The San Bernardino County Fire Department and the Apple Valley Protection District responded to the scene of the major damage traffic collision.

The overturned Suburban was reported to be carrying nine occupants which included children. The report also indicated that there were multiple injuries as well as CPR in progress on one patient, the San Bernardino County Fire Department officials said. This ignited a Multi-Casualty Incident (MCI) response bringing multiple paramedics and ambulances to the scene.

Patients were triaged by medical personnel at the scene, of the nine patients, two were prioritized (immediate) and six were “delayed” with minor to moderate injuries.
One occupant was pronounced dead at the scene. One of the immediate patients was transported to a trauma center by the CHP helicopter and the other occupants were transported by ground ambulance.