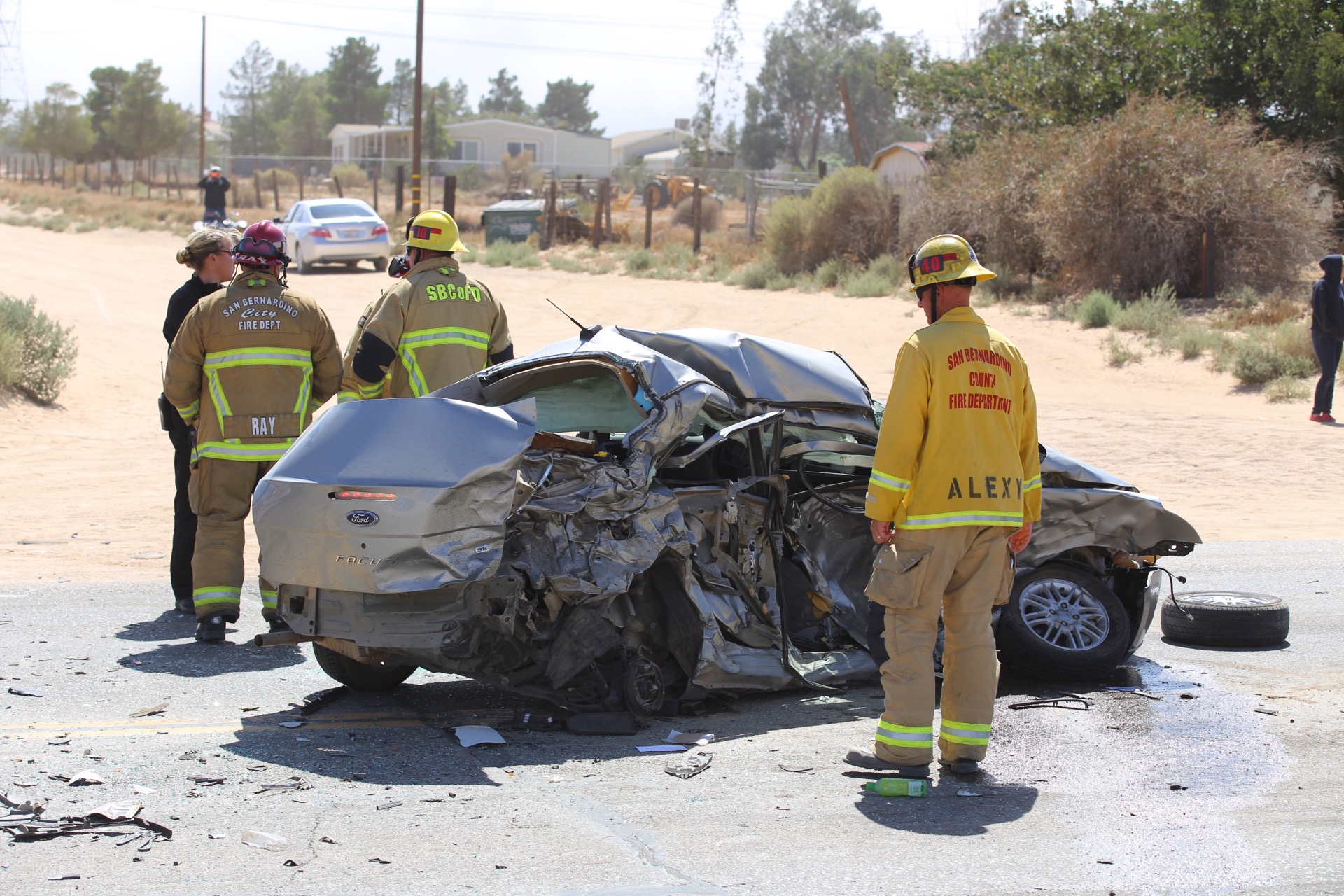 At about 12:48 pm. dispatch received a report of a multi-vehicle crash at Phelan Road and Nevada Road.

Upon arrival, officers located a gray Ford Focus and a white Ford Fusion near the intersection with major damage blocking the roadway.

The third vehicle involved, a silver Dodge Dually towing a trailer was along the shoulder approximately 100 feet from the intersection with moderate front end damage.

Per a San Bernardino County Fire tweet, one person was trapped and required extrication from one of the involved vehicles.

According to public information officer Eric Sherwin, one person was pronounced dead at the scene and two others were injured.

“One person was transported by ground ambulance to Arrowhead Regional Medical Center with moderate injuries. A third patient declined medical transportation at the scene,” stated Sherwin.

At this time the cause of the accident remains under investigation.

Phelan Road will be closed in both directions for an unknown duration.