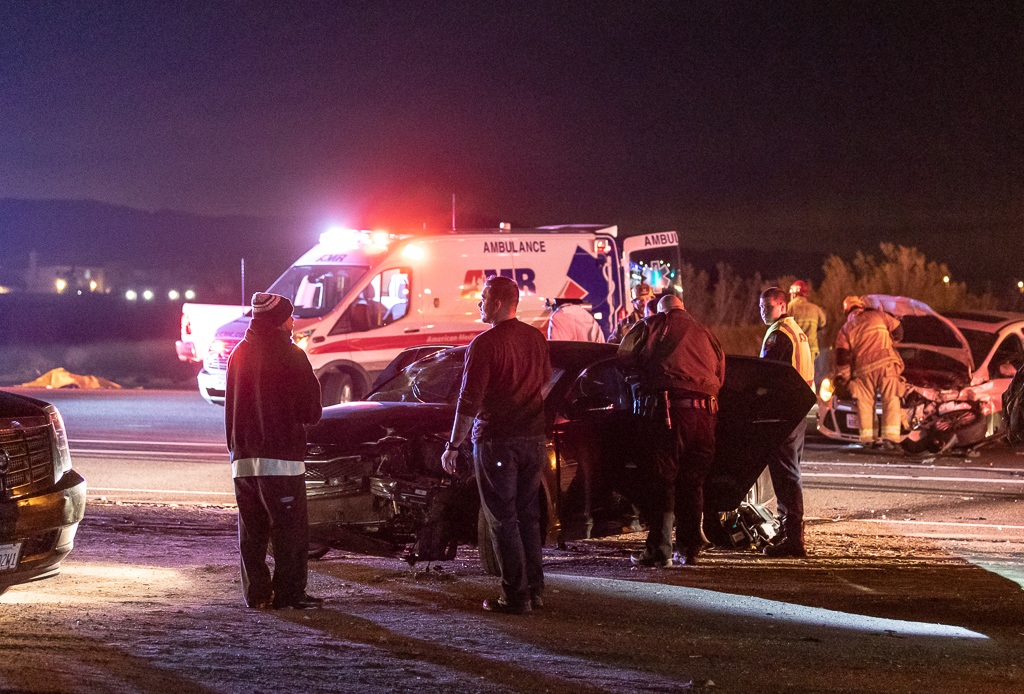 It happened at about 6:59 p.m. on Highway 395 just south of Luna Road in the city of Victorville and involved a white 2012 Ford Focus and a black four-door Kia sedan.

At this time authorities aren’t able to confirm if the deceased individual was a pedestrian or an occupant of a vehicle.

A woman from the second involved vehicle, a black Kia, was transported to a local hospital for treatment of non-life threatening injuries.

Sheriff’s Spokeswoman Cindy Bachman said a pedestrian was possibly struck by a vehicle. “The details regarding this incident are not confirmed,” stated Bachman.

US-395 will remain closed just south of Luna Road as officials investigate the cause of the crash.