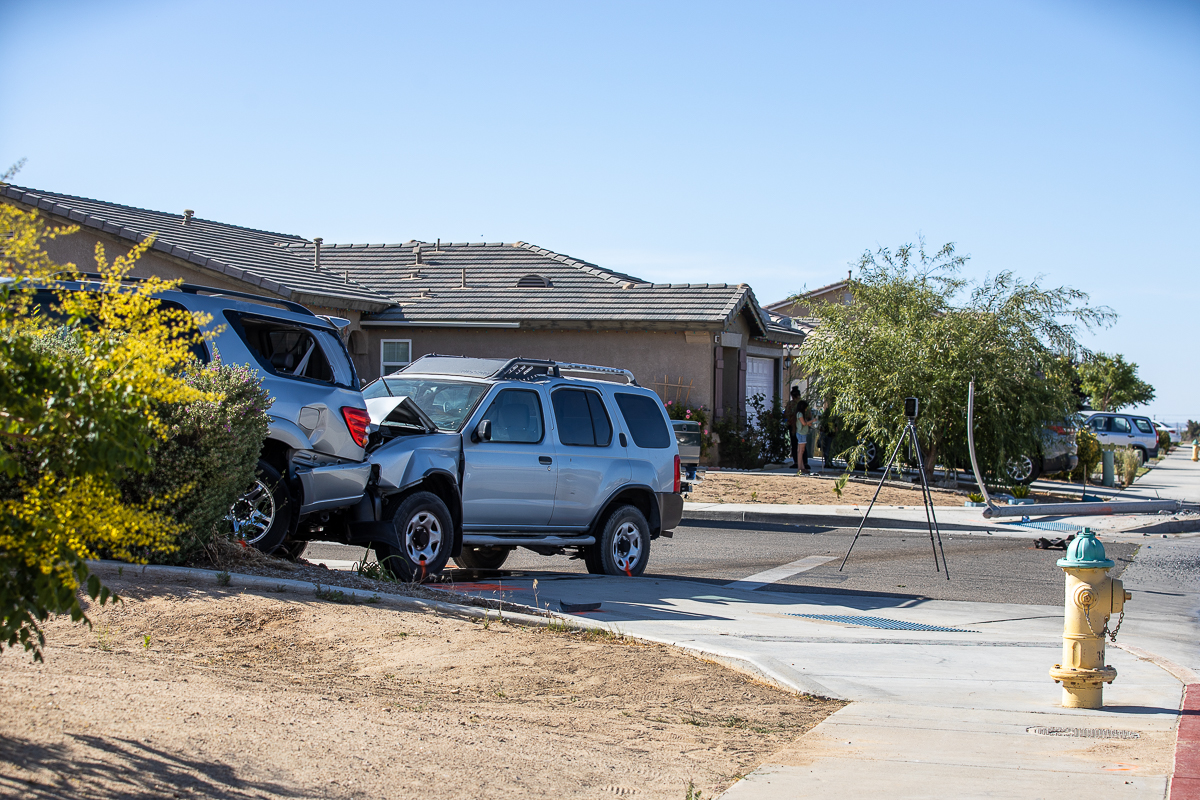 At about 12:44 AM on June 14th a silver Nissan Xterra was traveling southbound in the 13600 block of Del Cerro Street when for reasons still unknown, the driver lost control, crashed into a light standard, and slammed into an unoccupied parked SUV that crashed into a wall of a corner house.

Sheriff’s spokeswoman Jodi Miller told VVNG the driver of the vehicle, an adult male, was transported to a local area hospital where he was later pronounced deceased.

Miller said the cause of the collision is under investigation. The intersection of Sky Ct. and Del Cerro Street was closed for several hours while the Major Accident Investigation Team conducted the investigation.

The identity of the 68-year-old Victorville man killed in the crash is pending notification of the next of kin.