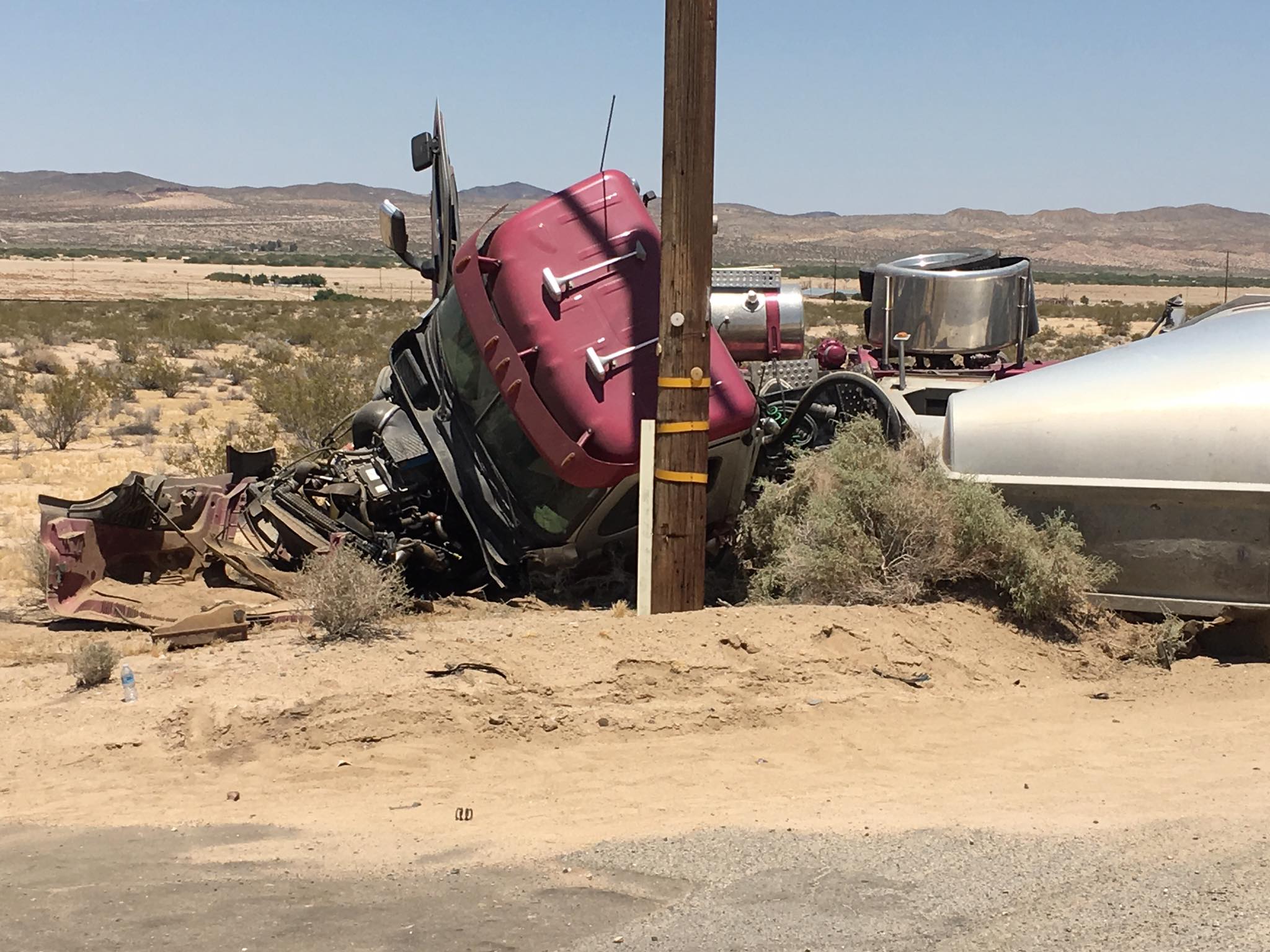 At around 12:11 p.m. officials from the California Highway Patrol and the San Bernardino County Fire Department were dispatched to a traffic collision on National Trails Highway and Rodeo Road.

The collision involved a Double Eagle semi truck and a maroon-colored Chevy pickup truck that collided head-on. The semi truck trailers were found to be empty and did not pose any hazard.

Per the California Highway Patrol incident logs, the reporting party told dispatchers that one vehicle was smashed and the semi truck was “wrapped around a pole”.

San Bernardino County firefighters arrived on scene to find at least on occupant trapped in a vehicle requiring extrication. Firefighters used multiple hydraulic powered extrication tools to remove the vehicle from around the patient. It took rescuers approximately 10 minutes extricate the victim.

According to officials, one patient was airlifted with serious injuries to Arrowhead Regional Medical Center and a second patient was transported by ground ambulance to a local hospital. No other injuries were reported as a result of the collision.

As of 2:40 PM, National Trails Highway is closed Between Bonanza Trail and Rodeo. The roadway is expected to remain closed for several hours while the Major Accident Investigation Team (MAIT) conducts the investigation. As an alternative route, motorist can use eastbound Bonanza Trail to Rodeo Road and turn left.

The cause of the collision remains under investigation by the CHP. Please check back later for more information as it becomes available.

Attempted Abduction of 14-Year-Old in Victorville