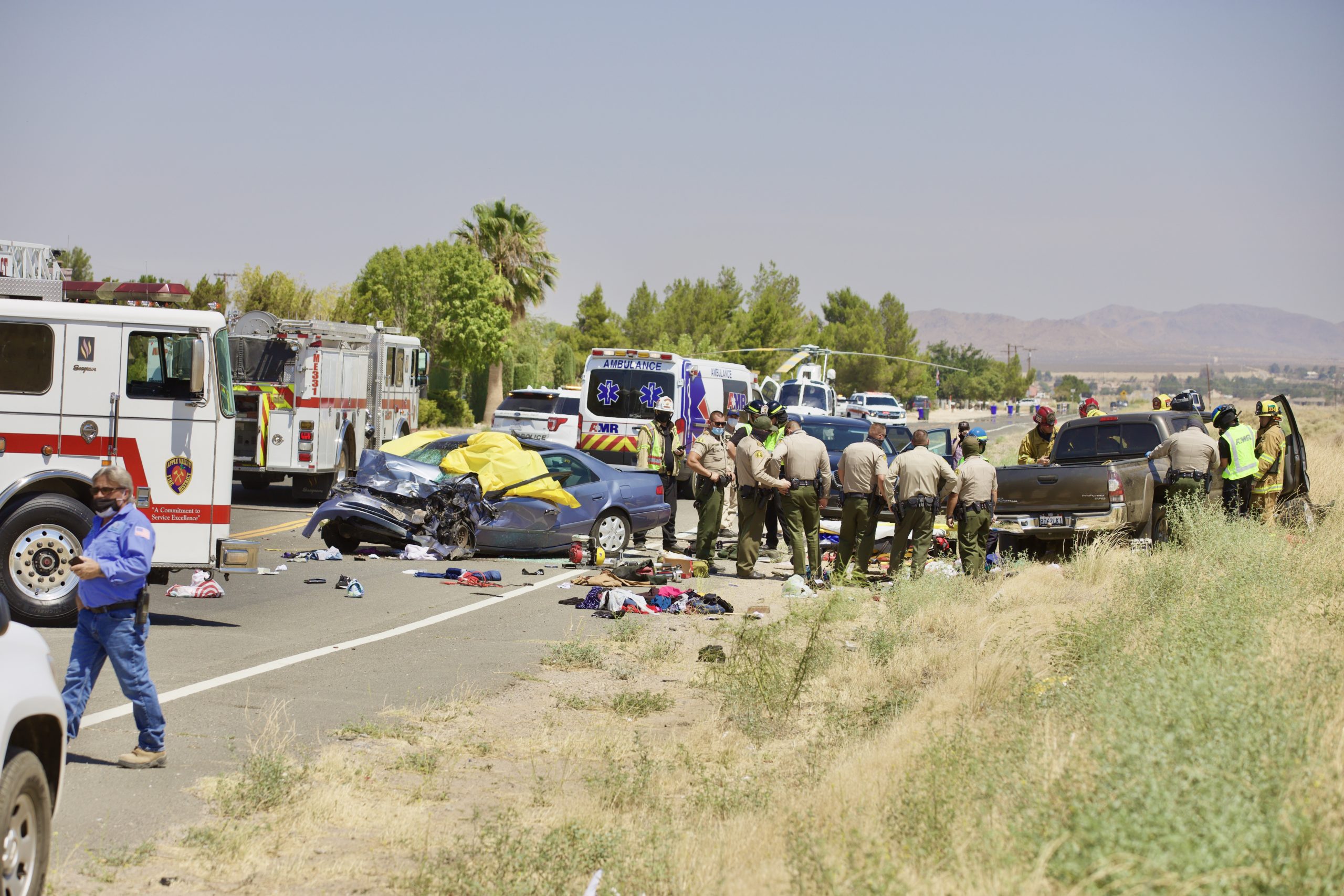 A stretch of Central Road is closed due to a fatal crash investigation. (Gabriel D. Espinoza, VVNG.com)

UPDATE: The San Bernardino County Coroner’s office identified the driver of the Camry who was killed Friday as Jaymar Williet Bryant, a 25-year-old resident of Apple Valley.

Bryant was pronounced dead at the scene at 11:10 a.m., the coroner report stated.

The crash was reported at 11:00 am on Central Road just north of Ramona Road and involved three vehicles, according to Apple Valley Police Sergeant J. Marshall.

Firefighters arrived on scene and located two of the vehicles, a gray 2013 Toyota Tacoma pickup truck and a blue 2000 Toyota Camry, with major damage. A third involved vehicle sustained only minor damage.

The driver of the blue Camry was pronounced deceased on scene, and a CHP helicopter landed nearby to transport one person from the pick up truck to a trauma center.

A stretch of Central Road surrounding the crash is expected to remain closed for several hours.

The identity of the deceased will be made available once it has been released by the San Bernardino County Coroner’s Office.

Sgt. Marshall said the Department’s Major Accident Investigation Team (MAIT) will be conducting the investigation, and is urging anyone who may have witnessed the crash to contact Deputy Cullum at (760) 240-7400.