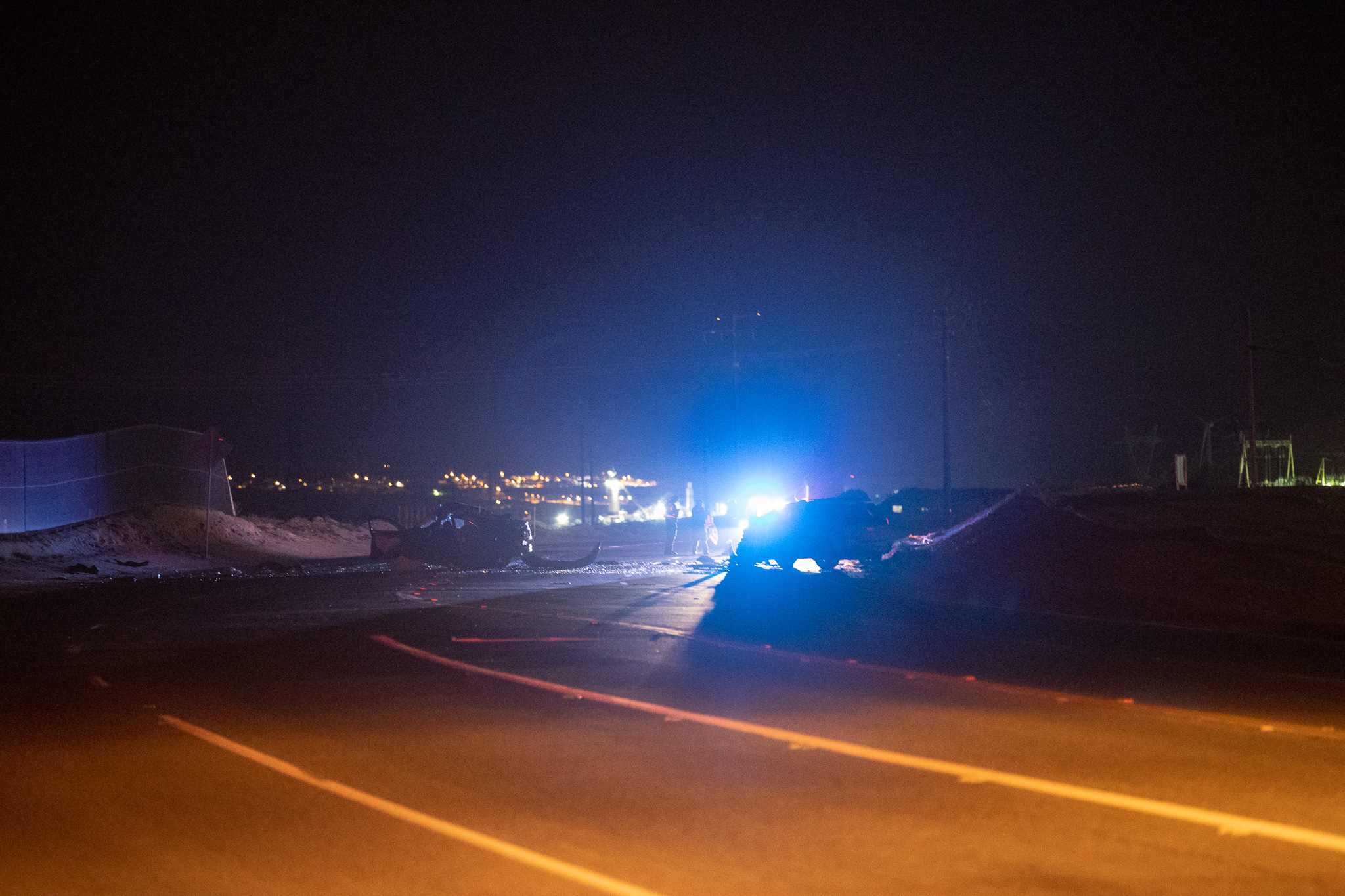 VICTORVILLE, Calif. (VVNG.com) — A stretch of Air Expressway remains closed after a traffic collision in front of the prison.

According to scanner traffic, California Highway Patrol units arrived within five minutes of the call and confirmed one person was deceased and a second requiring possible extrication.

A second person with non-life-threatening injuries was transported to a local hospital and no extrication was required.

Air Expressway is expected to remain closed between George Blvd. and Phantom East for several hours.

The Sheriff’s Major Accident Investigation Team (MAIT) will process the scene and determine the cause of the crash.