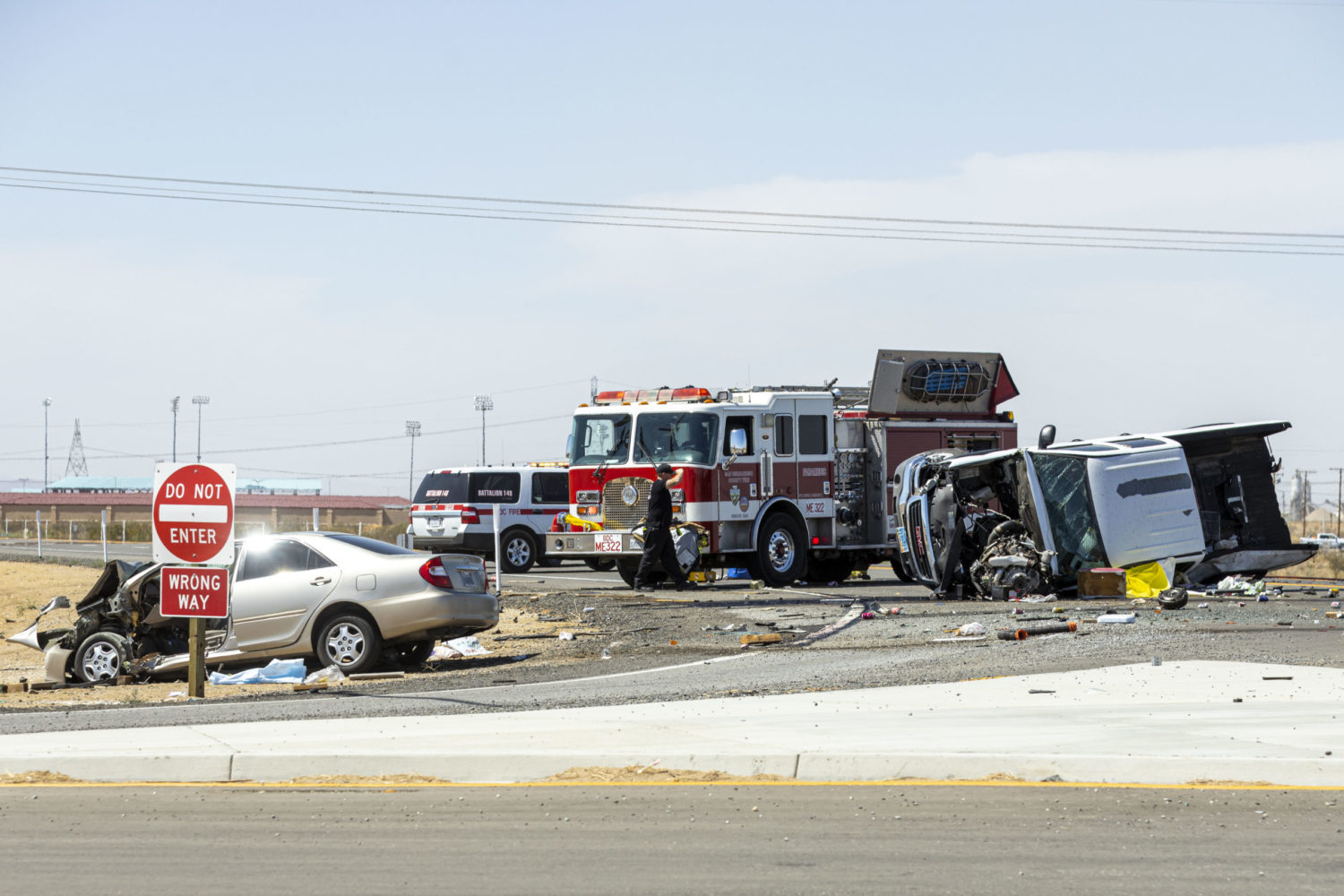 ADELANTO, Calif. (VVNG.com) — A fatal traffic accident investigation prompted authorities to shut down US Highway 395 in Adelanto for several hours on Saturday.

At about 2:25 pm on May 29th, San Bernardino County Firefighters were dispatched to a traffic collision with extrication at 395 and Holly Road, near the Adelanto Stadium where the Adelanto Grand Prix event is being hosted.

Firefighters pronounced the male driver of the truck deceased at the scene and reported they had three additional patients in critical condition. Two helicopters were requested to land at the scene.

According to a witness, two people in the sedan were trapped and required extrication. Firefighters used the jaws of life to remove the doors from the Camry and extricate the occupants.

A child in the backseat of the sedan was critically injured and emergency personnel performed CPR prior to being transported to a nearby hospital, stated the witness.

Both directions of US Highway 395 were expected to remain shut down between Cactus Road and Rancho Road for the fatal accident investigation.