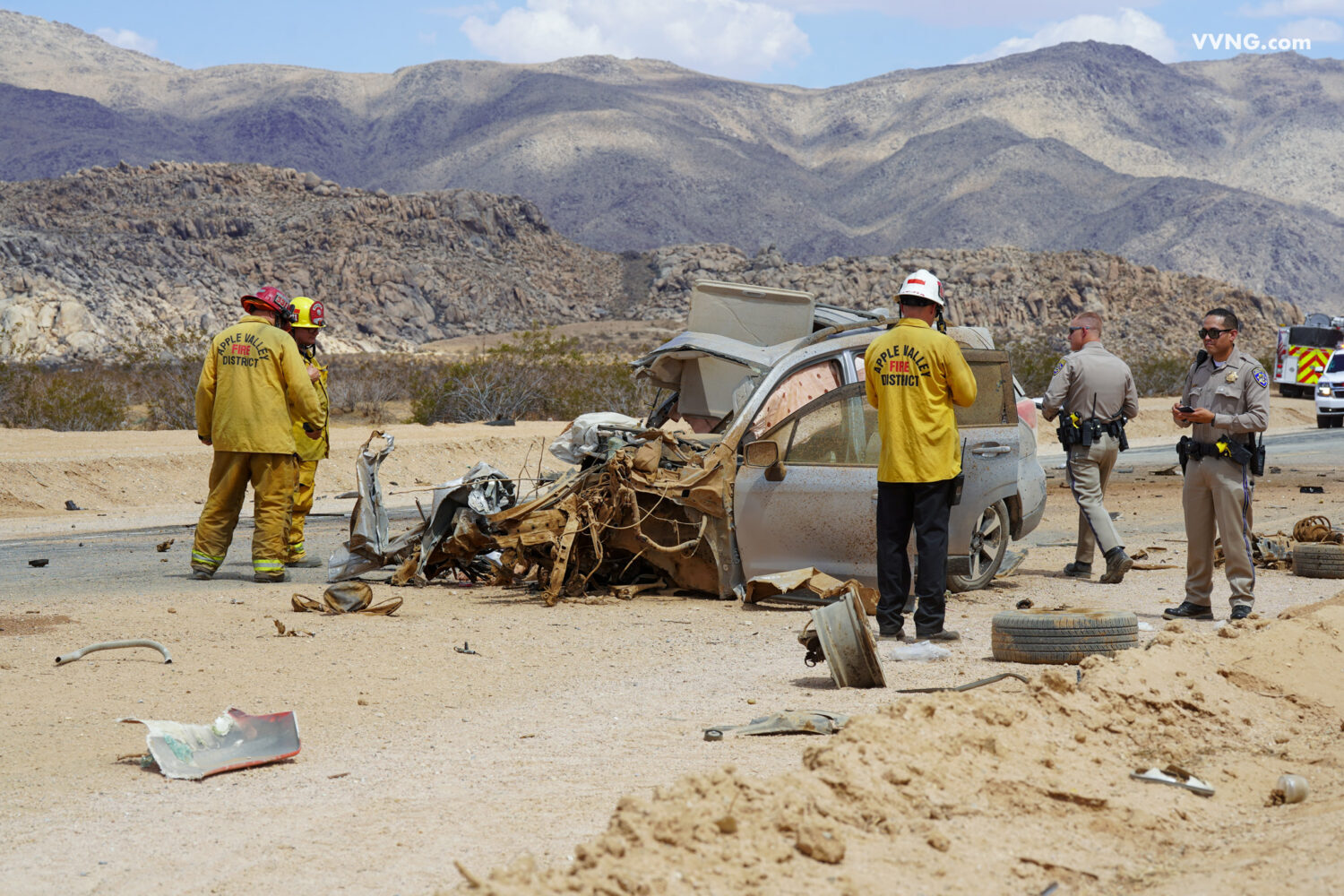 APPLE VALLEY, Calif. (VVNG.com) — One person was killed and several others were critically injured after a multi-vehicle head-on crash in Apple Valley.

The crash involved a Robertson’s double-trailer powder hauler, a 2017 Subaru Forester, and a four-door Mazda sedan.

Firefighters from Apple Valley Fire Protection District arrived on scene and confirmed they had a total of four patients, two immediate, two delayed, and one deceased. They requested two airships and reported the driver of the semi was trapped.

VVNG asked the Battalion Chief about safety tips for the public. “This accident is under investigation but all the basic traffic laws apply. Make sure you follow the speed limit, make sure that you’re not texting while driving, and just doing defensive driving while driving. Try to make sure you stay safe and buckle up,” stated Mejia.

Southern California Edison (SCE) employees also responded to the scene due to a wooden utility pole that was damaged by the semi during the crash.

A hard road closure was set up along Bear Valley Road in both directions for several hours while officers from the Victorville CHP station conducted the investigation.

Additional information including the cause of the accident will be updated as it becomes available.