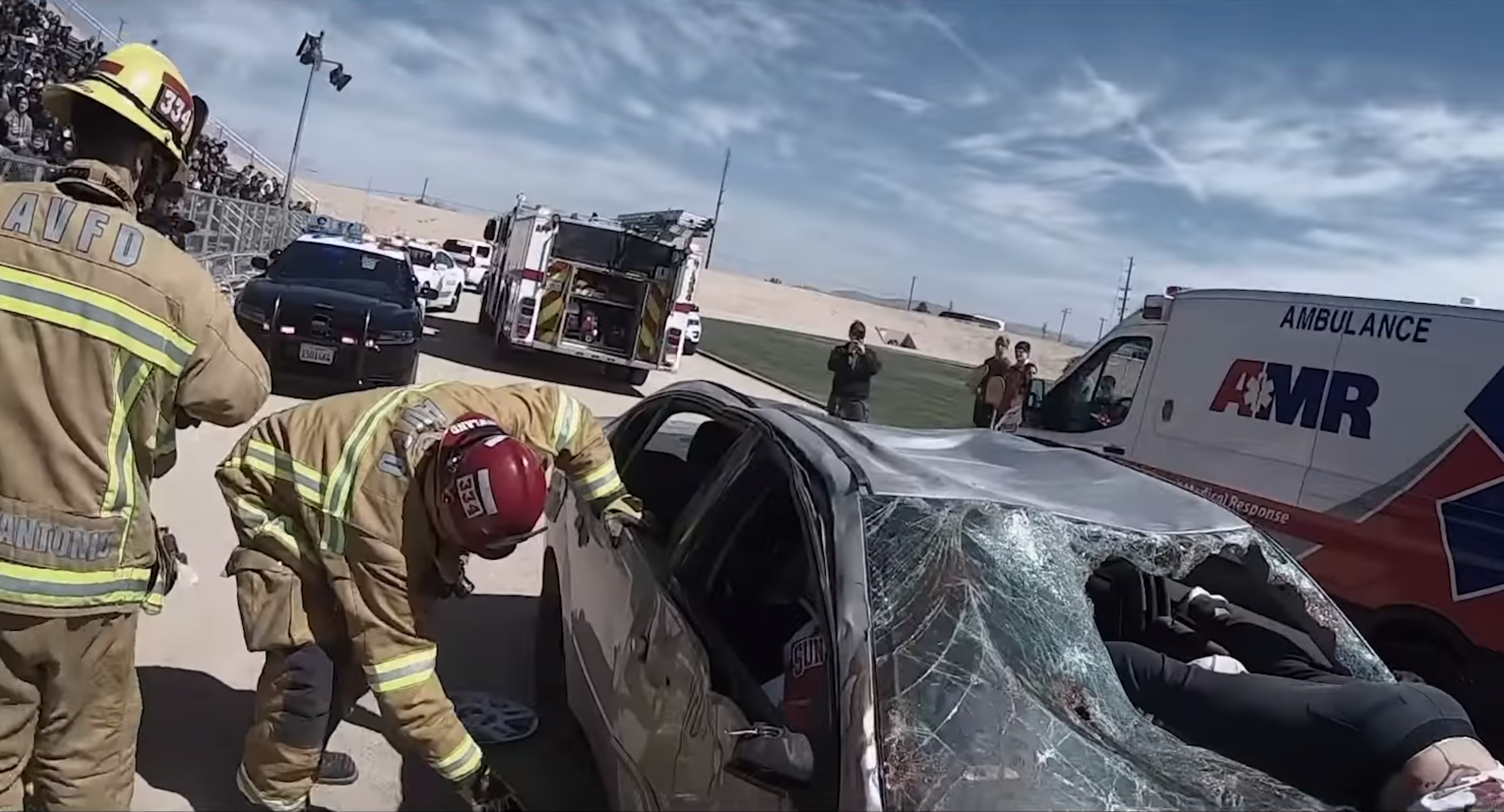 The program teaches teens the dangers of drinking and driving and was recorded and made available on YouTube to share with the community.

Be warned though, the video is difficult to watch without crying as it brings a glimpse into ‘behind the scenes’ of what it’s like for those impacted by the decision of drinking and driving.

One of those heart-tugging moments in the video is when California Highway Patrol officer Mike Mumford from the Victorville Station arrives at the house of a young girl who was involved in the mock crash to notify her mom and dad of her “death.”

Although it was a day of acting for many students, the reality is that many lives daily are impacted when someone chooses to drink and drive.

“During the entire two day event, the entire student body at AVHS was very respectful and cognizant of the program and its purpose,” Mumford told Victor Valley News. “The months long planning for the event was almost entirely planned and organized by the students themselves.”

Funding for the program is provided by a grant from the California Office of Traffic Safety, through the National Highway Traffic Safety Administration.

“Seeing how many intelligent and respectful young adults that will be graduating from AVHS and entering workforce in the next two years is re-assuring that we will have great future leaders in the High Desert communities.  A very educational and heartwarming experience by all,” stated Mumford.

The video was made by the Apple Valley CAMP, Computer and Media Pathway specifically Jordi Piero, Anthony Rosales, Julie Mitchell, Lindsay Gillette were the main video contributors.. ASB, Ashley Taylor, and her team coordinated the program. CAMP documented it.

Please watch the video and share it with family and friends. The students did an outstanding job on the entire project.