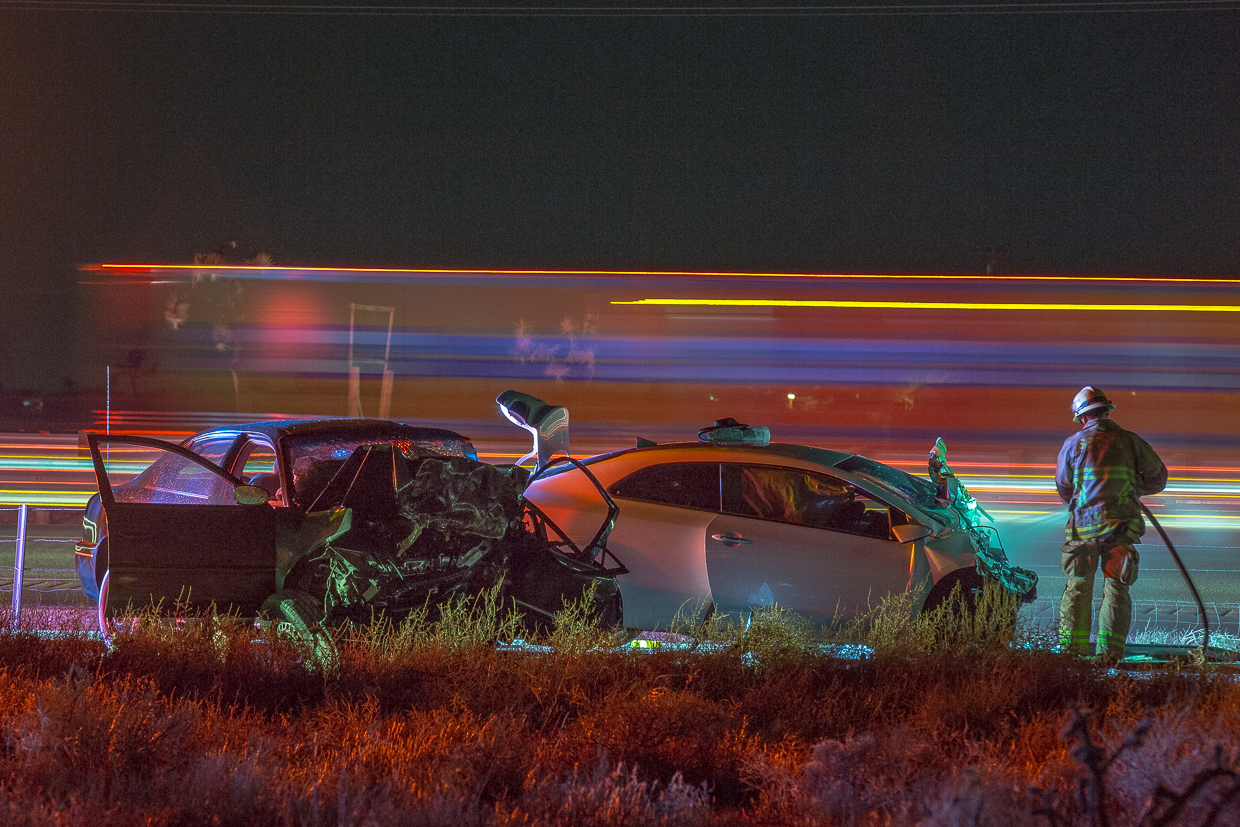 Upon arrival firefighters located a white 2015 Kia Forte and a dark-colored 2003 Buick Century with major front-end damage in the middle of the roadway. 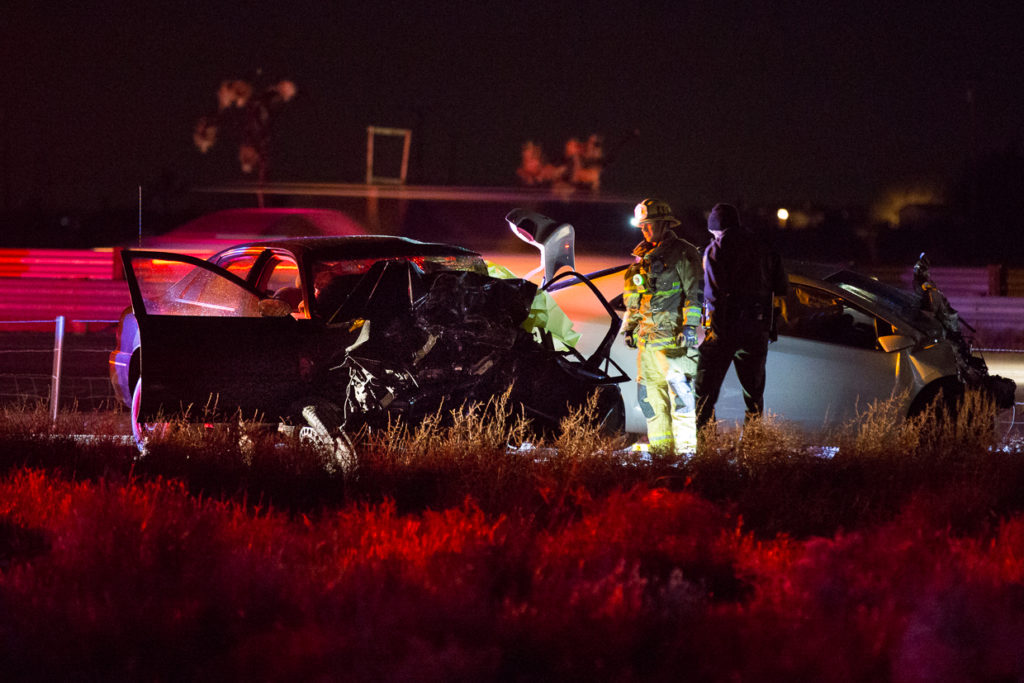 A yellow tarp was draped over the driver side window of the 2003 Buick.

Per scanner traffic, two airships were initially requested to transport two critically injured occupants. However, one of the requests was later cancelled.

A yellow tarp was draped over the driver side door of the Buick just after 8:00 p.m. Additionally, firefighters had to use the hose to put out the burnt-out remains of smoldering engine parts of both vehicles.

Mariposa Road between Avenal and Mojave Street will remain closed for several hours as the Sheriff’s Department investigate the cause of the crash.