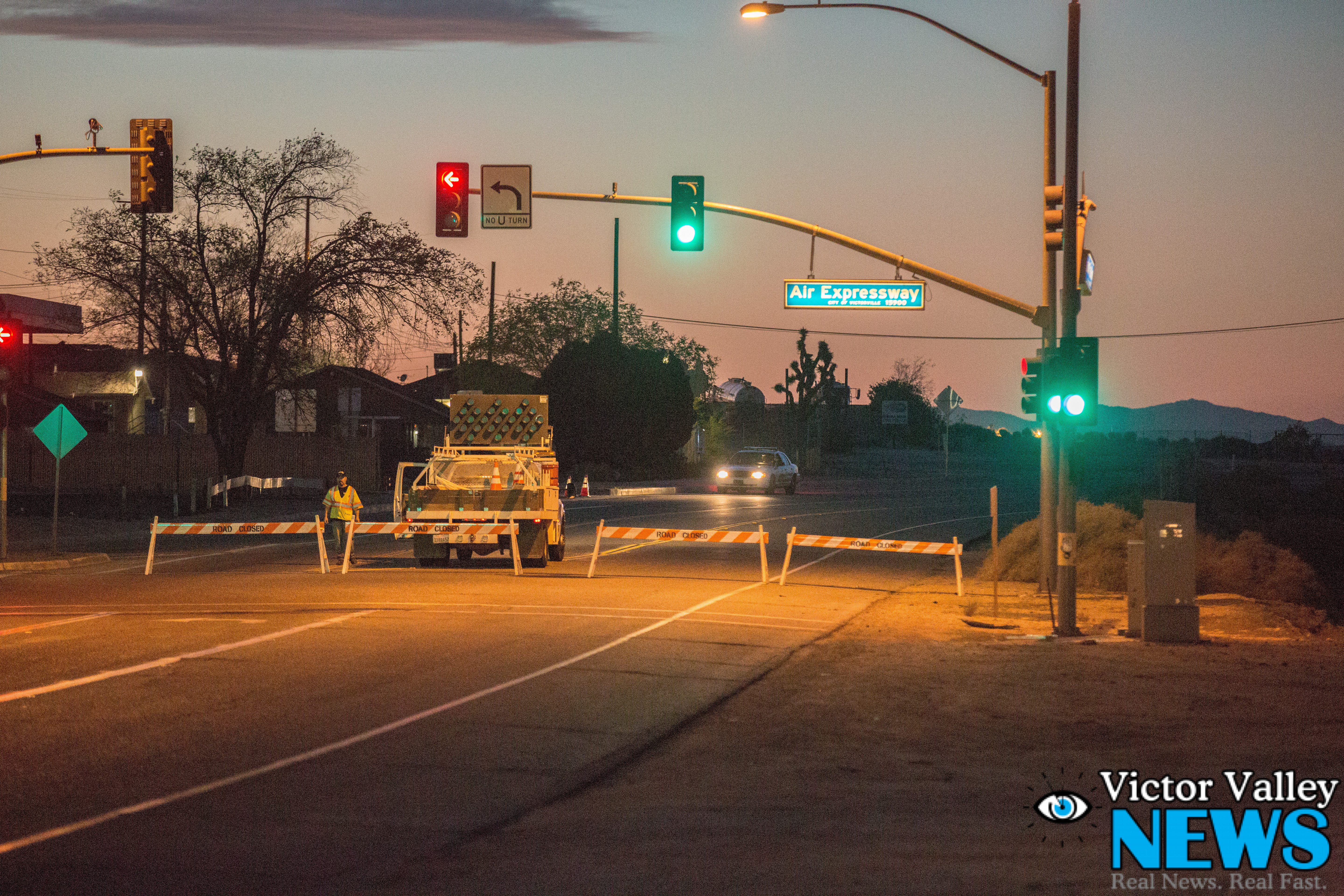 VICTORVILLE:(VVNG.com)- On Sunday, March 8, 2015 at approximately 5:40 P.M., there was an accident involving a vehicle and at least two motorcycles on National Trails Highway near Air Expressway.

Per scanner reports, one motorcyclist was down on the roadway and a second was believed to have gone off the roadway on the “Silver Bridge” located on Old Historic Route 66.

When deputies arrived they found one motorcyclist deceased at the scene. A second male rider was on the roadway and was transported by ground ambulance to a local hospital for treatment of moderate injuries.

According to a witnesses, a pick-up truck was traveling northbound across the bridge when for unknown reasons the truck collided with two motorcycles who were heading southbound into Victorville. The motorcycles are described as Harley Davidson’s possibly blue and black in color.

Victor Valley News Group Member, Ginger Warner, commented the following, “I was driving to town from my house and a bunch of cars were stopped, people were running and looking over the bridge. A man was in the middle of the bridge surrounded by what looked like motorcycle debris. I walked past a foot, and a shoe. The man had flew off the bridge. So sad, so heartbreaking. Too many accidents have been happening here. Slow down and be careful. It’s devastating.”

A hard road closure was put in place at Air Expressway and National Trails Highway. The roadway is expected to remain shut down for several hours while an investigation is completed.

If you need to travel into Oro Grande/Helendale as a detour you can take Highway 395 to Shadow Mountain Road.

Authorities were not available to comment on the accident and no further information is available at this time. Details will be updated as they are received.