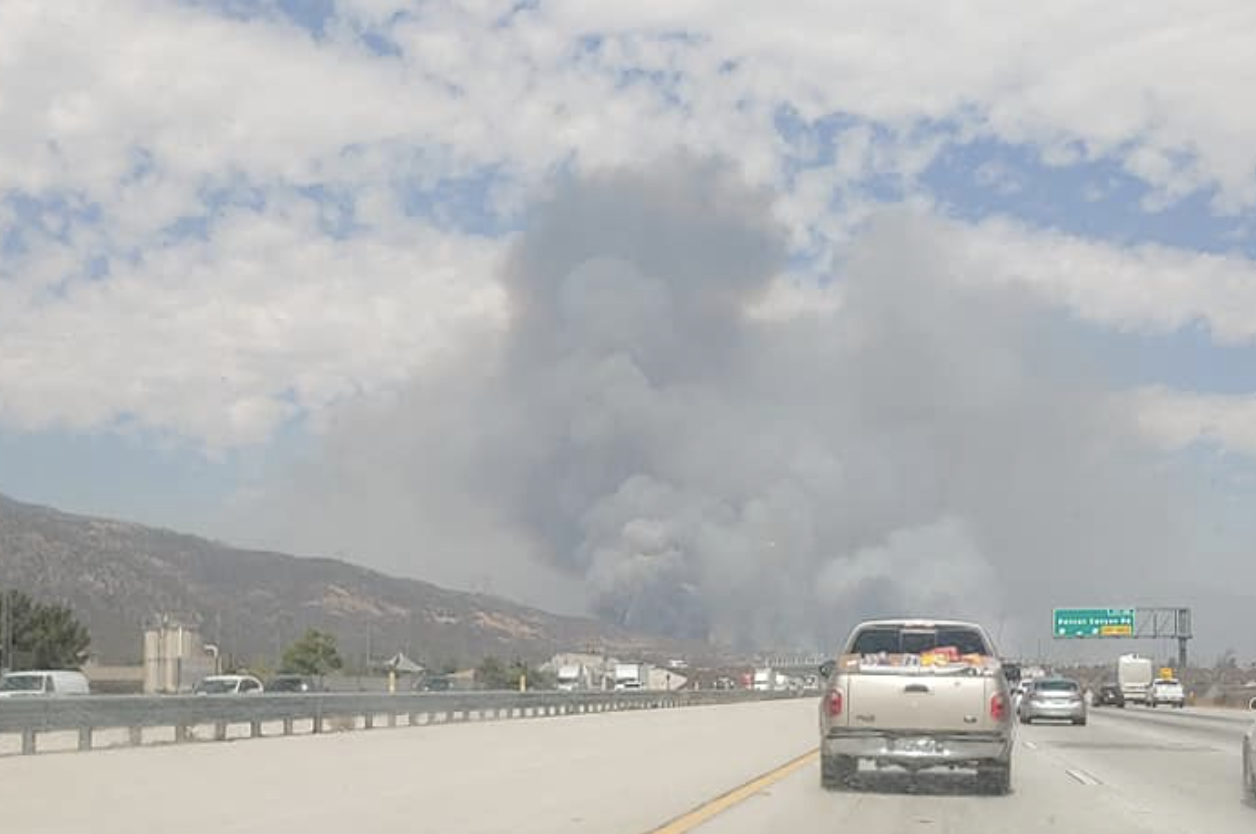 FONTANA, Calif. (VVNG.com) — A fast-moving brush fire burning near the 15 freeway has jumped from 10 acres to 100 acres and prompted evacuations for the mountain community of Lytle Creek.

The fire dubbed the “South Incident” was reported at about 1:27 pm, on Wednesday, August 25, 2021, in the area of Lytle Creek and Duncan Canyon Roads.

The fire is burning in medium to heavy fuels and is established on the north side of Lytle Creek Road and is posing a threat to residential structures, commercial buildings, and high tension power lines.

The community of Lytle Creek is under evacuation and at least one home in the 9600 block of Lytle Creek Road has burned. CalFireBDU said the winds are presenting a challenge to fire containment which remains at 0%.

At 2:40 pm, firefighters reported the fire had crossed over Lytle Creek to the east, north of Glen Helen Parkway.

The I-15 freeway is not currently being affected by the fire or the smoke. The NB and SB Sierra Avenue ramps are currently closed due to the fire.

UPDATE @ 3:50 PM — The Devore Animal Shelter is being used to house evacuated animals. Southbound traffic remains light, however, northbound is jammed through the area.