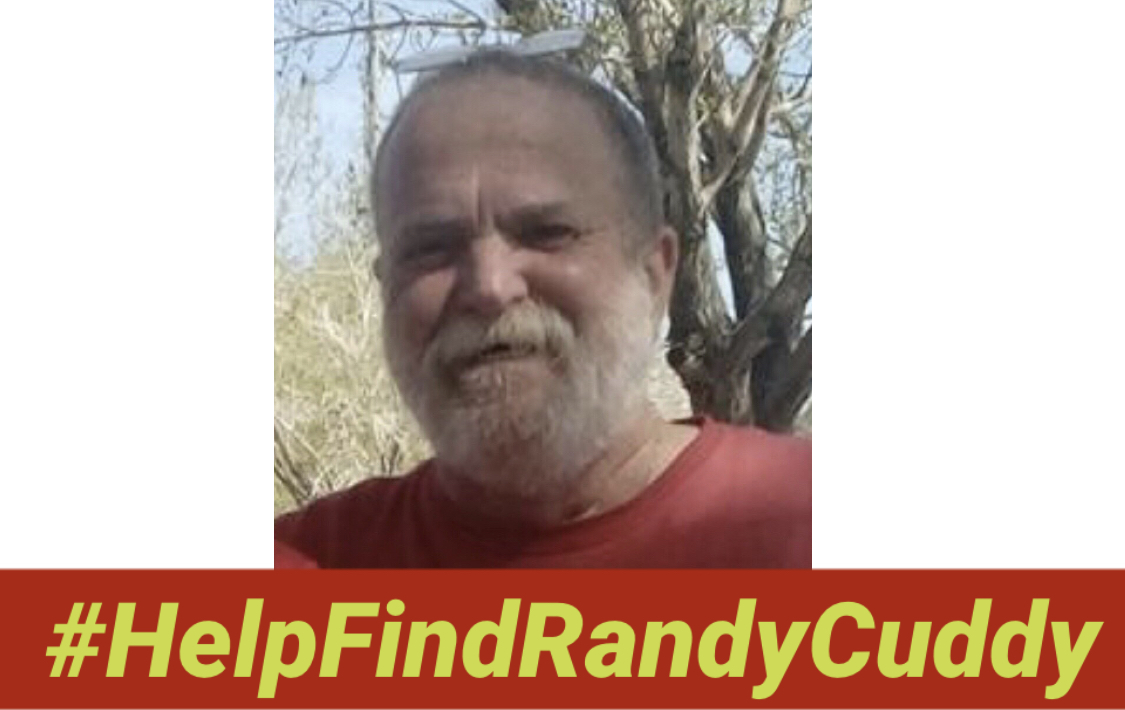 Randy never made it to his place of employment and was never seen again. His car was found several weeks later in a remote area of the desert in Victorville, California.

Randy’s family says that there are so many things that don’t add up about his disappearance, but the police maintain that there is no evidence that Randy met with foul play.

What happened to Randy on his way to work on August 16th, 2017? Did he walk away from his life or did something far more sinister happen?

More than a year later, Randy Cuddy is still missing and his case remains unsolved.

On this week’s episode of The Vanished Podcast, host Marissa Jones covers Randy Cuddy’s mysterious disappearance and speaks with his family about their ongoing search to bring Randy home.

Marissa spoke with Randy’s daughter, Terri, who has spearheaded the family’s search from the beginning.

Terri told Marissa that, “we think something bad happened. I don’t know what he ran into, but I know it wasn’t good. I know that because he would not leave us, he wouldn’t leave his family.”

When asked what the family is hoping for by getting Randy’s story out there, Terri said, “I would like to bring closure for us. The kids are always asking for grandpa. They carry his picture… I know someone out there knows something about what happened to him or where he went. We really want closure and to be able to bring him and home and let our kids know exactly where grandpa is.”

To listen to this episode, go to: https://www.thevanishedpodcast.com/episodes/2019/4/7/episode-170-randy-cuddy

If you have any information about the disappearance of Randy Cuddy, please call the San Bernardino Sheriff’s Office at 760-552-6800.

The Vanished Podcast is a weekly podcast hosted by Marissa Jones on the Wondery Network with over 33 million downloads. The show features a different missing persons case each week.