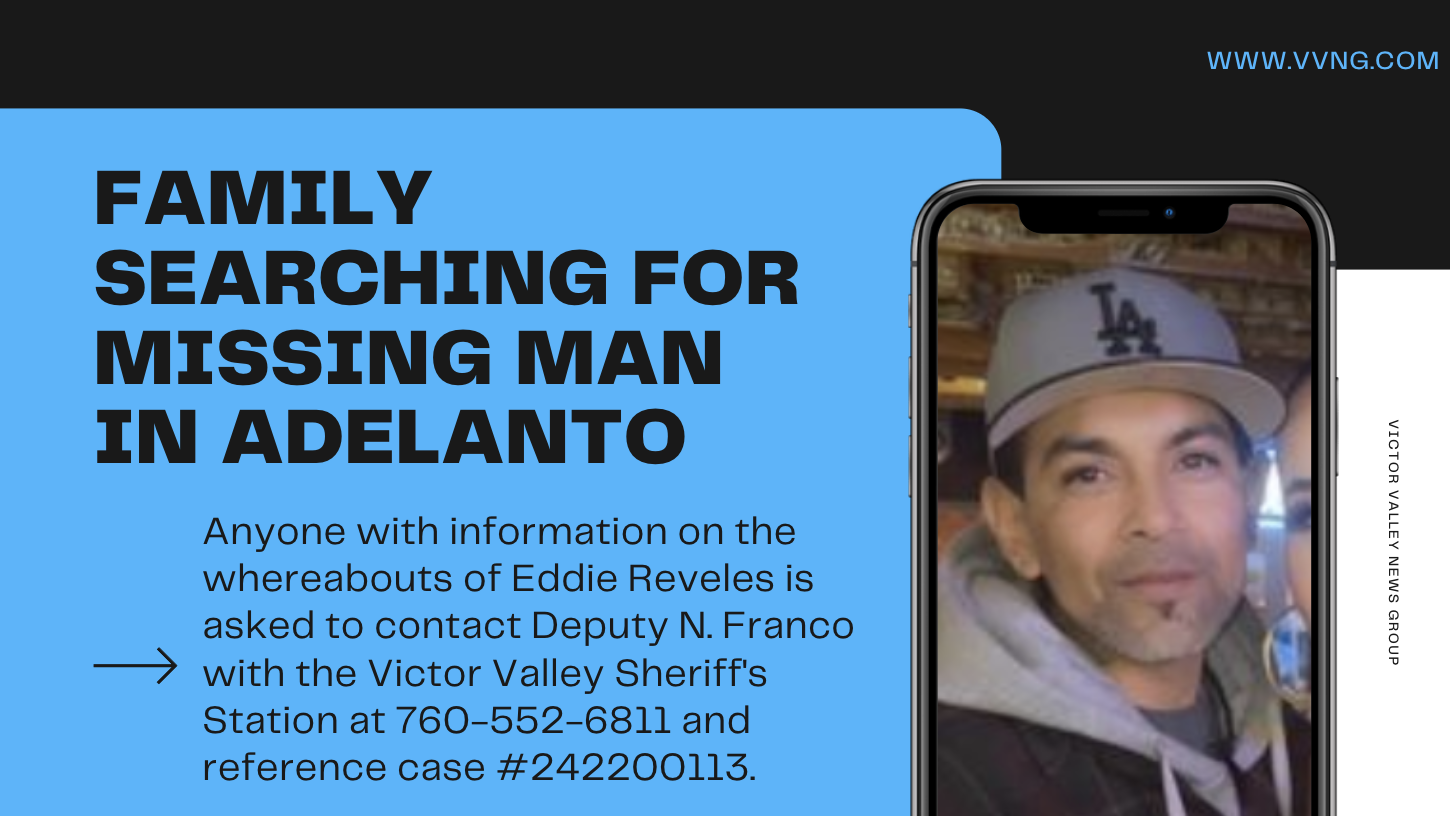 UPDATE: Eddie has been found safe, he’s home with his family.

ADELANTO, Calif. (VVNG.com) — An Adelanto family is asking for the public’s help in finding their loved one.

Eddie’s wife Christie spoke with VVNG and said he left for a walk and never returned. ‘We filed a missing person report already but still no sign of him,” she stated.

Eddie is described as a Native American with a braid. He was wearing green pants, a black jacket, a black beanie, and gray shoes.

Christie said he has no health problems and is not the type of person to disappear. “We are worried and he has 8 children at home,” stated Christie.

Anyone with information on the whereabouts of Eddie Reveles is asked to contact Deputy N. Franco with the Victor Valley Sheriff’s Station at 760-552-6811 and reference case #242200113.