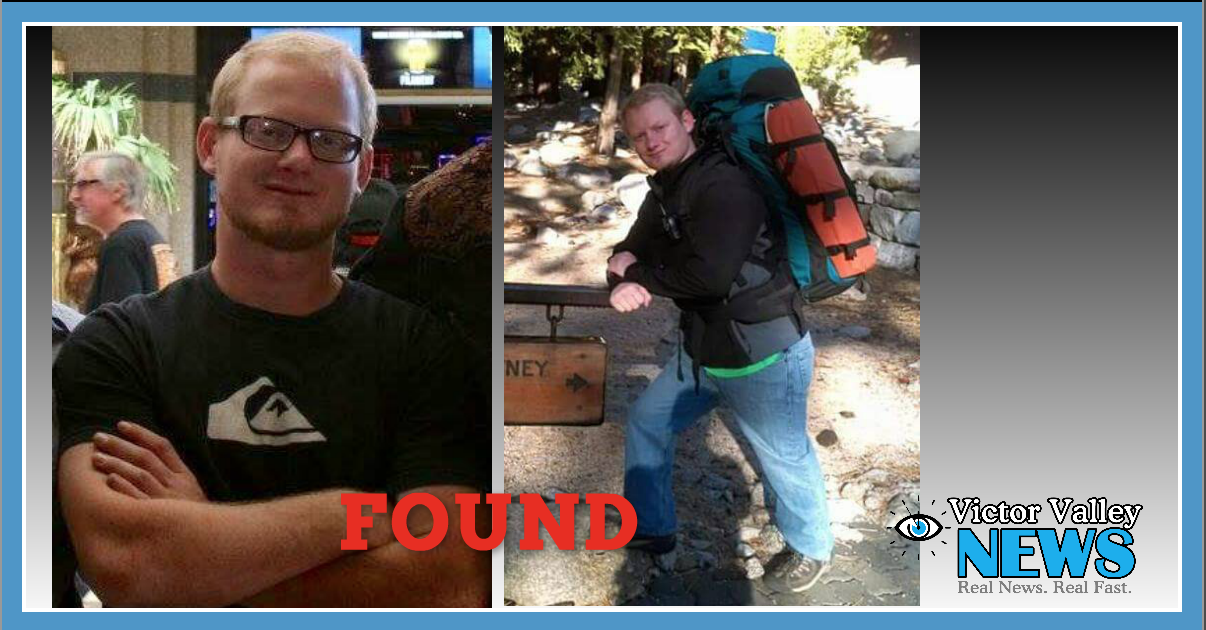 UPDATE 10/26 @ 12:00 PM: Jack’s mom Mary Meure updated her Facebook page and said; “Jack has been found safe!!! Please spread the word. Thank you to everyone for helping!!”

CRESTLINE, CALIF. (VVNG.com)– Family and friends are turning to social media to help locate a loved one who is reported missing.

Jack Anthony Cox was last seen on Friday, October 21st as he traveled from Crestline to Lake Arrowhead.

According to Jack’s sister Malou Jaggli, he owns a company called “Jack movers CA” and he was last heard to be on his way returning a vacuum. His family has tried to call his cell phone on many occasions however, his phone goes straight to voicemail.

Mary Meyer, his mom, believes her son may have been heading to Summit Valley after finishing the moving job.

Jack is a White Male 28-years-old, 5’10”,180 lbs., blonde hair, blue eyes, he has a scar on his forehead and usually has a stubbly beard. He was last seen wearing a gray T-shirt with the writing “The Movers California” and black Dickies shorts. He drives a red Toyota Tacoma pickup truck that is missing along with him license plate CA 5N83541.