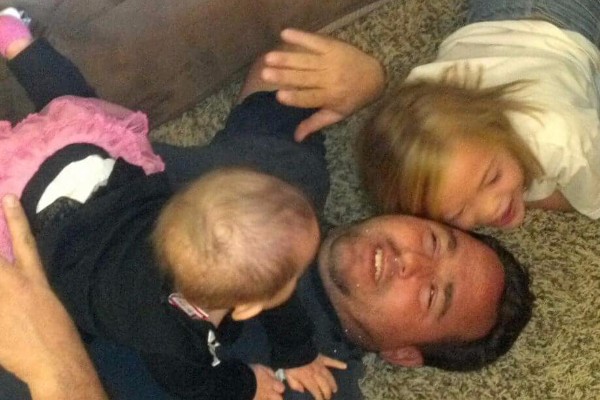 VICTORVILLE: (VVNG.com)- The life of an Apple Valley family man was tragically cut short when he was killed as he attempted to change his tire.

On Tuesday, July 12th, Jason Henry Hadley, 40, was traveling on the southbound 15 freeway about 1 mile south of Dale Evans when his 2011 Prius sustained a flat tire.

Hadley pulled along the shoulder of the freeway in a legally safe area, well within the shoulder.

As Hadley was changing his tire a Dodge Dart operated by 33-year-old Anthony Maracle, a resident of San Bernardino veered to the right shoulder and struck the stranded motorist.

First responders arrived at the scene and Hadley was pronounced dead at 6:27 a.m. The cause of the crash is currently under investigation by the California Highway Patrol Victorville office.

Jason Hadley is described as a hardworking, loving husband and a father to five beautiful children.

According to Linda Sivadon, Jason worked two jobs in order to provide for his family. With his unexpected loss, the family will certainly struggle without his income. Instead of taking some time to grieve, Jason’s wife Liz will immediately return to work in order to continue to support her family.

The family has set up a Gofundme account to help pay for funeral expenses and all other needs for the grieving family. Anyone wishing to help this family during this difficult time can donate by following this link: https://www.gofundme.com/2e72fxpz