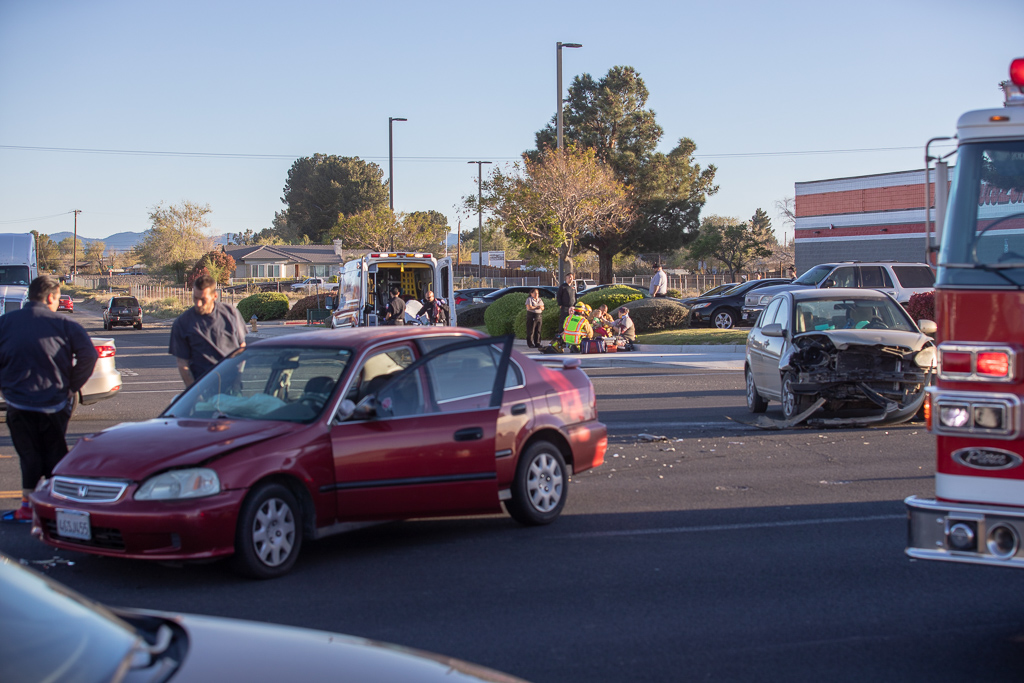 VICTORVILLE, Calif. (VVNG.com) — A family of three, including a small child, were transported to a local hospital following a crash here Friday evening on Palmdale and Del Gado Roads.

Captain Benny Baladez with the Victorville City Fire Department said they responded to the crash at about 6:15 p.m., and located two vehicles, a red Honda and gold Hyundai with moderate damage.

“We were able to access the patients and get all the patients transported to a local hospital for their treatments,” Captain Baladez said.

The occupants in the red Honda, two male adults, were not injured.

“Thank you (everyone) for the strong community support, and thank you AMR for sending out a second unit promptly to get these people the care they needed,” stated the Captain Baladez.

San Bernardino County Sheriff’s Deputies were also on scene assisting with traffic control and conducting an investigation into the cause of the crash, which was not immediately available.