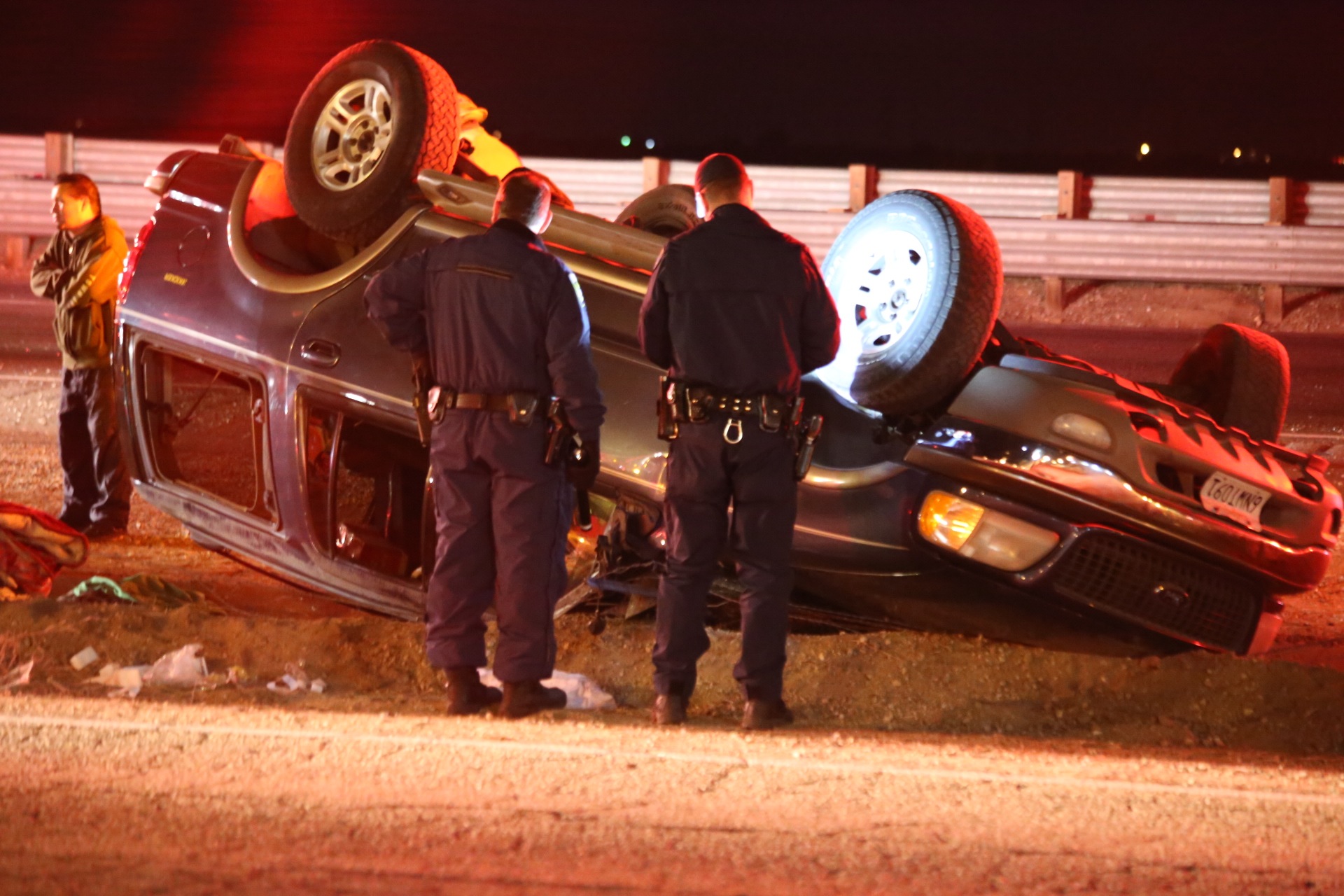 HESPERIA: A family of 6 were involved in a single vehicle roll over and a few of the passengers suffered major injuries. For unknown reasons the driver of a black SUV lost control causing the SUV to roll on the north bound lanes of the 15 freeway. The accident happened shortly after midnight on Tuesday and approximately half a mile before the Main Street exit.

A total of six passengers were in the SUV at the time of the accident. Unconfirmed reports state a child was ejected but appeared to be ok. An air ambulance was requested and a landing zone was set up in the Target shopping center on Main street. At least two patients with immediate injuries were flown to Arrowhead Regional Medical Center. The remaining passengers appeared to have non serious injuries. No further details on patient conditions are available at this time

There were over six different accidents through out the Victor Valley on Monday, causing a very hectic day for local officials and emergency personal.

The exact cause of the incident is under investigation by the CHP. More details will be posted as they become available.

As a reminder, please use extra caution during the holiday season, as the roads are more congested than normal.