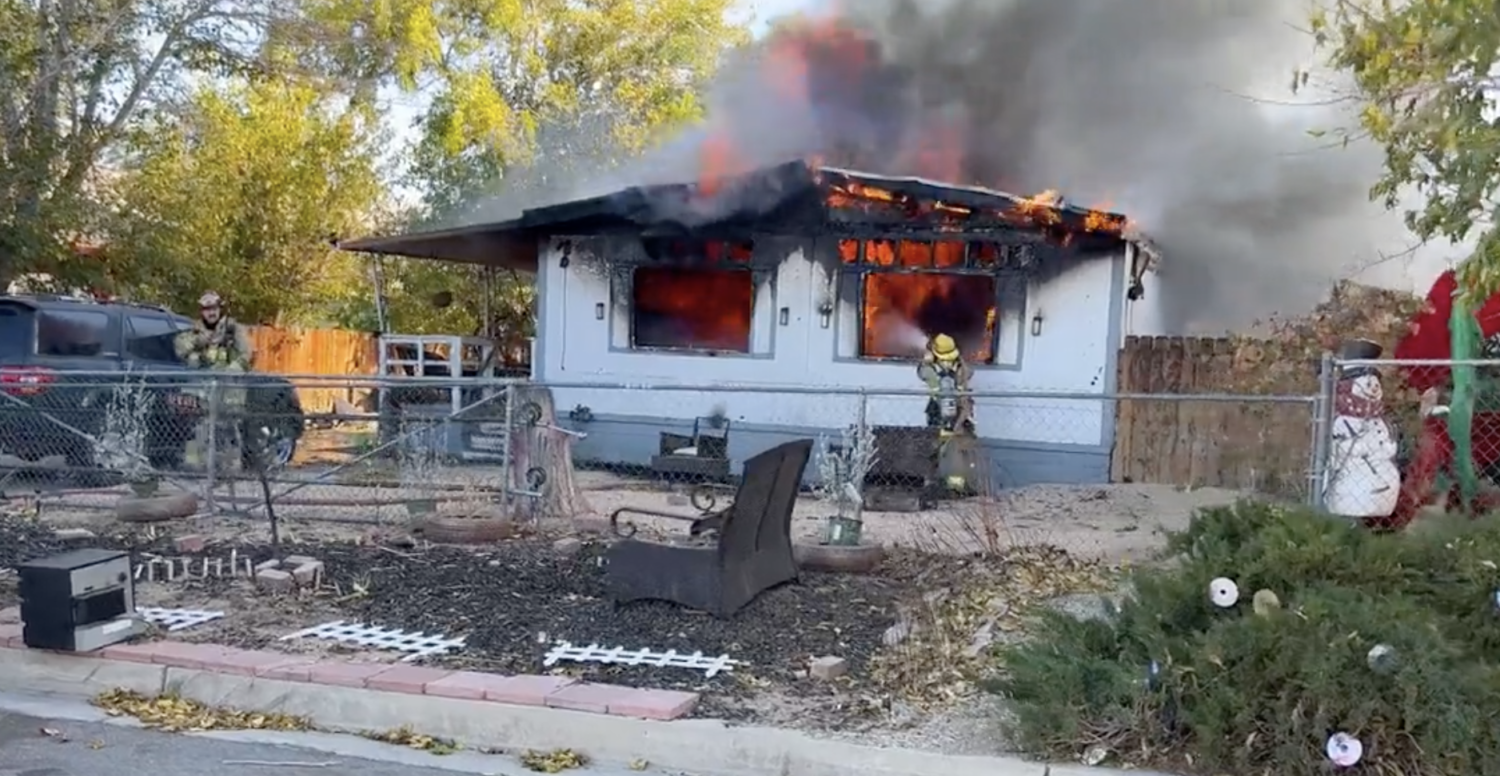 When firefighters arrived on scene they located a doublewide mobile home with fire showing from multiple windows on both sides of the structure, officials said. Contact was made with the occupants of the home which stated everybody had safely evacuated.

A primary and secondary search was all clear on the home. Firefighters were able to contain the fire to the building of origin but significant damage occurred throughout the building, officials said.

“During the fire attack, a nearby hydrant that was supplying the primary water source for firefighters sustained a failure which required an alternate supply line to be secured from another source. The water department was contacted to evaluate the failure,” stated a news release.

Officials said knockdown of the fire was achieved in approximately 40 minutes and no injuries to civilians or firefighters were reported.

Red Cross was requested to assist with two adults and 3 children. The cause remains under investigation by the office of the Fire Marshal.

Three engines, one truck company, one chief officer, one medic ambulance, and one investigator, totaling 16 personnel from County Fire were assigned to the incident. Victorville City and Apple Valley Fire District assisted with one engine each.