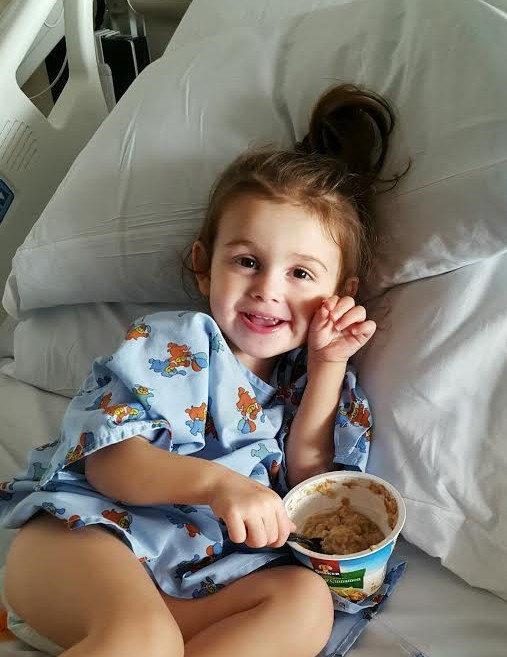 VICTORVILLE-(VVNG.com): A Victorville family’s life was turned upside down on October 6, 2015, when their baby girl, 2-year-old Leilah Camarena was diagnosed with A.L.L (acute lymphoblastic leukemia). A.L.L is a cancer of the blood, which causes her bone marrow to rapidly produce abnormal cancerous white blood cells, which was infiltrating her kidney’s and began to attack her kidney function. Leilah’s kidneys had multiple masses, which caused swelling of about 3 times their normal size.

Just five days prior to her diagnosis Leilah’s mother discovered a lump under her right rib. She took her to urgent care and they did an x-ray. They initially thought it was a blockage, but the following morning the radiologist called and said they needed to follow-up with an ultrasound. The ultrasound located a mass that they said was on or around her right kidney.

“The doctors ordered a ct scan which confirmed the mass, but also found 2 more, one on her left kidney and one between her bladder and rectum,”said her mother, Lindsay Camarena. Leilah was also found to have abnormally high white cell counts. “The doctors then told me it’s one of two cancers, Wilms or leukemia/lymphoma. She had a bone marrow biopsy to confirm leukemia and those “masses” were actually her swollen kidneys that the leukemia was attacking causing a bunch of masses to develop inside of them. The third one was her lymph nodes that the leukemia was also attacking.”

Fortunately, treatment has been successful in that Leila is now in remission, but since she is at a very high risk for relapse she will remain on aggressive chemo for two-and-a-half years.

Although the family lives in Victorville, Leilah is being treated in Fontana 4-5 days a week. Leila who is really just a baby, is taking her treatment in stride. “Her courage and smile she has during this toughest time of her life definitely keep me and my husband going. Her joy is infectious and she’s so strong! I’m amazed at all she has endured already in this first month and a half and  I admire her strength,” said Lindsay.

Lindsay says that the family has two other children that, mother Lindsay said they are trying to keep their life as normal as possible during this time. The family, along with this struggle has suffered other recent struggles including the recent job loss of Leila’s father.  Her mother, who is still employed, has had to miss a lot of work and her employer did not approve Family Medical Leave. This leaves the family with no income for over 2 months while they care for their ill daughter. The next option is attempting to get Family Medical Leave through the state, which has proven to be a long process so far for Lindsay.

The family has had fundraisers started on their behalf to help them get through this difficult time. Family and friends have started these in order to assist the family with the high transportation costs, and medical necessities including regular medical costs. They started a go fund me account called

“Join the Fight for Leilah Camarena”.

“Please help this beautiful family in any way you can. As Tony and Lindsay continue to sit and fight alongside their daughter through long hospital stays, restless nights and balanced responsibilities for their other children they are so blessed have.  My hope is to help make their days a bit brighter by helping to relieve the stress of daily finances. Our family thanks you in advance for your donation and prayers,” said Devon Bostic, on the Gofundme post.

Family and friends of Leilah will be hosting an Open House fundraiser on December 5th between the hours of 11:00 am to 2:00 pm at El Pescador Seafood and Mexican Grill at 14144 Green Tree Blvd in Victorville.  Attendees will be able to order from the menu and El Pescador Seafood and Mexican Grill will provide a percentage of your bill to help the family with medical related expenses. Several vendors will be selling items to help raise funds for Leilah and local businesses have provided gifts to be used for the Raffle. 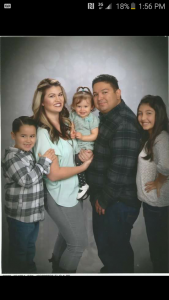 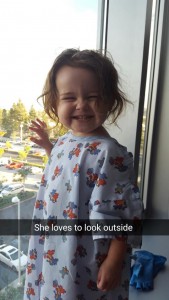 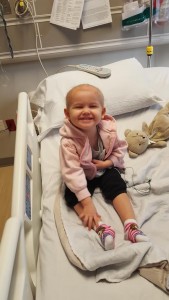 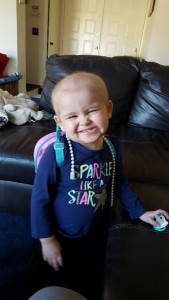