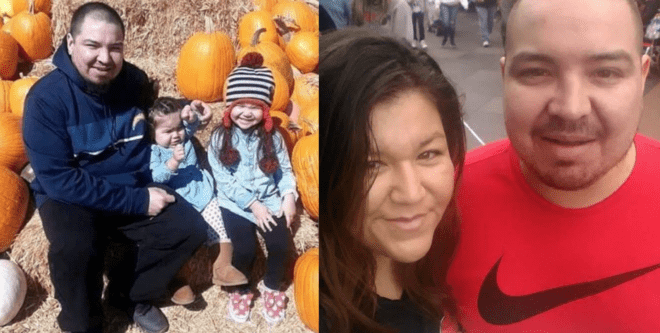 VICTORVILLE, Calif. (VVNG.com) — A local resident who was born and raised in the Victor Valley died unexpectantly this week, his family said.

Hector Rodas was found deceased at his home on Wednesday, May 15, 2019.

“He took a sleeping pill to help him go to sleep, and he never woke back up,” his brother Erick Zelaya told Victor Valley News. “This wasn’t supposed to happen, he was only 33 and now he’s gone for taking some stupid sleeping pill.”

Rodas leaves behind two little girls, ages 2 and 4, and his girlfriend Brenda.

“He worked at the old George Air Force Base painting airplanes. He was a great father to his kids and the best brother to us, and a great man all around, and it’s just a tragedy,” Zelaya said.

It will take several weeks for the autopsy report to determine exactly what went wrong, but in the meantime, the family said they are trying to raise funds to lay their brother to rest.

Zelaya said the past three years have been a whirlwind of emotions for his family, losing their mother, father, and now their youngest sibling.

“My baby brother worked so hard to care for his family. Brenda and his two girls needed him, they depended on him,” his brother said. “That’s why we’re trying to raise the money, so she doesn’t lose the car, and to pay for the funeral.”

Anyone wishing to make a contribution to the family fundraiser can do so here: GoFundMe for Hector Rodas.