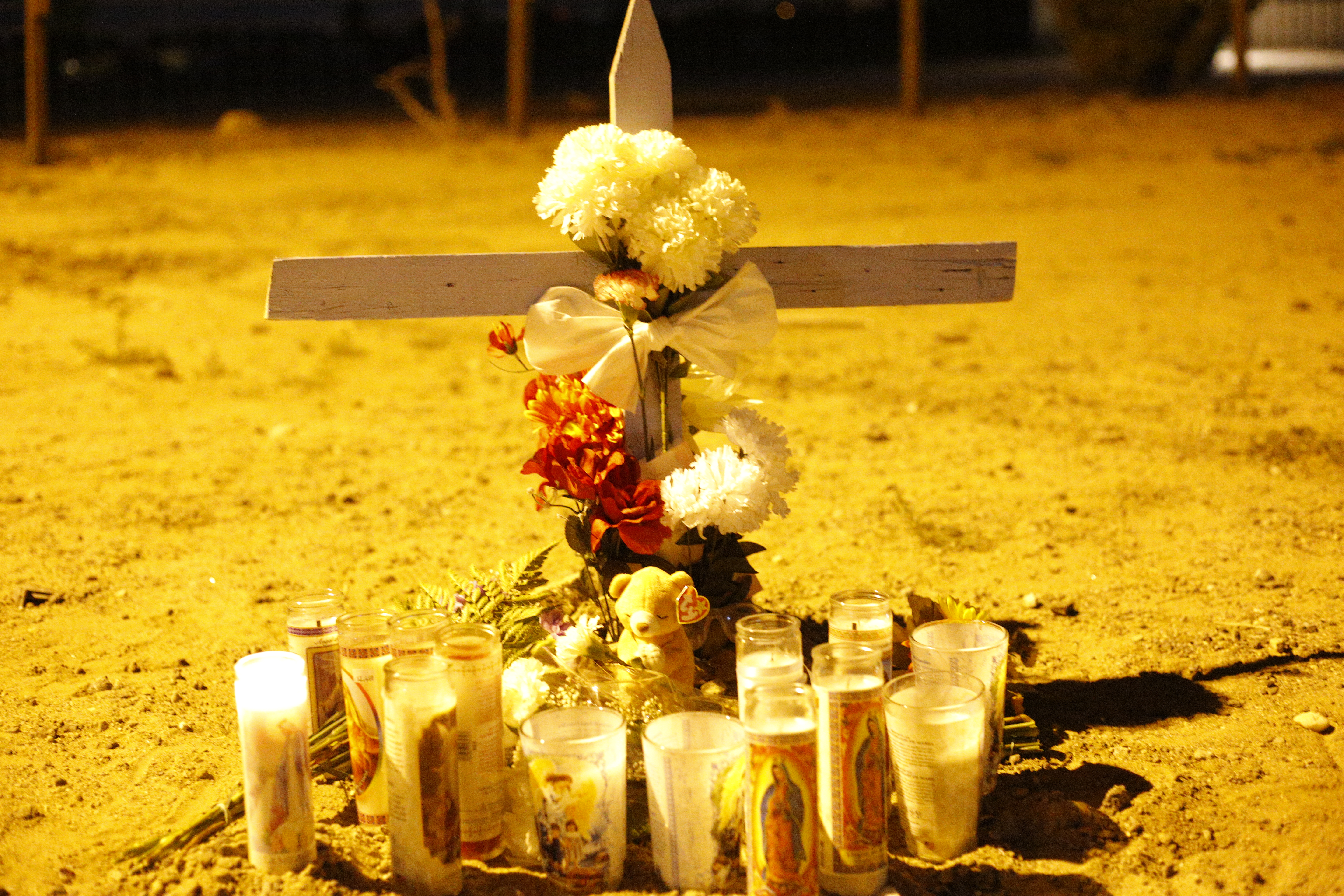 A mother/grandmother mourns the loss of her 5 family members that were killed in yesterdays tragic accident that occurred on Mother’s Day.

Yolanda Garcia was heading to the market when she noticed a car that looked similar to her son-in-laws car. It wasn’t until she saw closer images of the vehicle from the 5 o’clock news flash across her screen and noticed the rims, that she became positive it was her son-in-law, daughter and three grandchildren that were killed.

On Sunday, May 11, 2014 at about 6:55 a.m., Deputies from the Hesperia Station and rescue personnel from the San Bernardino County Fire Department, responded to a traffic collision at Main Street and Balsam Avenue in the city of Hesperia.

Upon arrival deputies found that two vehicles were involved in the collision, a Honda sedan and a van.  Investigators determined that the van was  traveling east on Main Street, occupied by one male adult, when for an unknown reason travelled into the westbound lanes colliding with and ultimately coming to rest on top of the Honda that was stopped at the stop sign at Main Street and Balsam Avenue.

Yolanda’s son-in-law Gerardo Jimenez was the driver of that Honda, her daughter Angela “Angie” Garcia, 25, was the passenger along with 3 of Yolanda’s grandchildren 9-year-old Freddy, 4 year-old Cynthia, and 2-year-old Ivan. All  5 family members died as a result of the accident. All were residents of Hesperia and lived up the street from where the accident occurred.

Gerardo and his 2-year-old Ivan son died at a nearby hospital, and Angie, Cynthia and Freddy were killed on impact at the scene.

She stated that the parents were taking the children to Disneyland to celebrate Cynthia’s birthday who was turning 5 on Monday.

The male driver of the van received minor injuries and was treated at the scene.

Please follow VVNG.com to learn more about the family and to get information on how the community can get involved to help the with the financial cost of laying the family of 5 to rest..

Original Story here- https://vvng.wpengine.com/family-of-five-killed-in-fatal-traffic-collision/
Please check back for updates on www.VVNG.com and join our Facebook group with over 36,000 members. www.Facebook.com/groups/VictorValleyNews