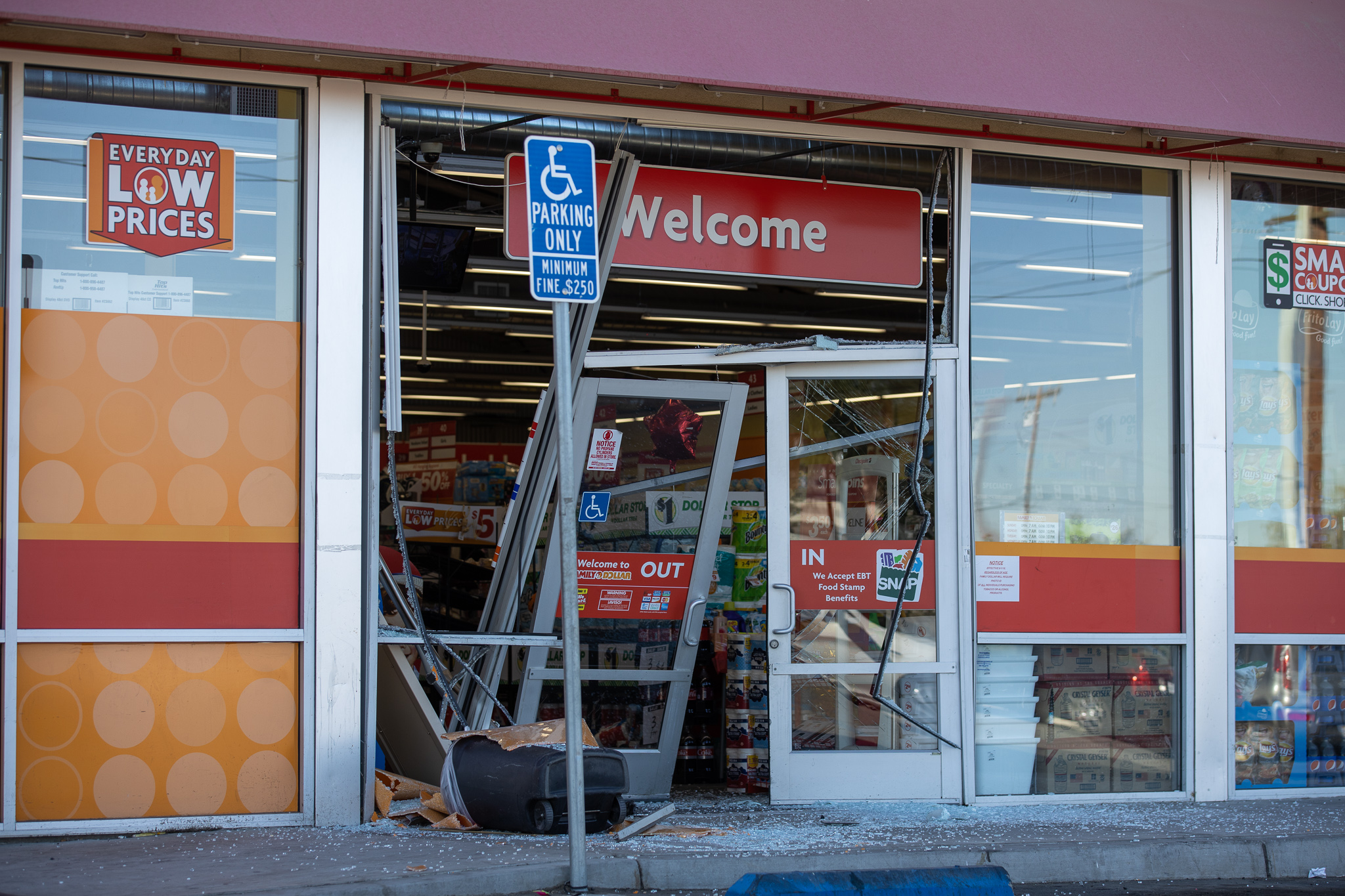 ADELANTO, Calif. (VVNG.com) — The Family Dollar in Adelanto was forced to temporarily close after a vehicle crashed into the building Monday morning.

At about 9:06 am on October 7, 2019, San Bernardino County Firefighters responded to reports of a vehicle into a building in the 11500 block of Barlett Avenue.

Adelanto Sheriff’s spokeswoman Staci Parks told VVNG the vehicle was pulling into a parking spot in front of the business front doors when the driver accidentally pushed the accelerator instead of the brake and crashed into the building.

The impact caused extensive damage to the glass front doors.

Parks said no injuries were reported by the driver, passenger, employees or customers.

No injuries were reported and insurance information was exchanged.