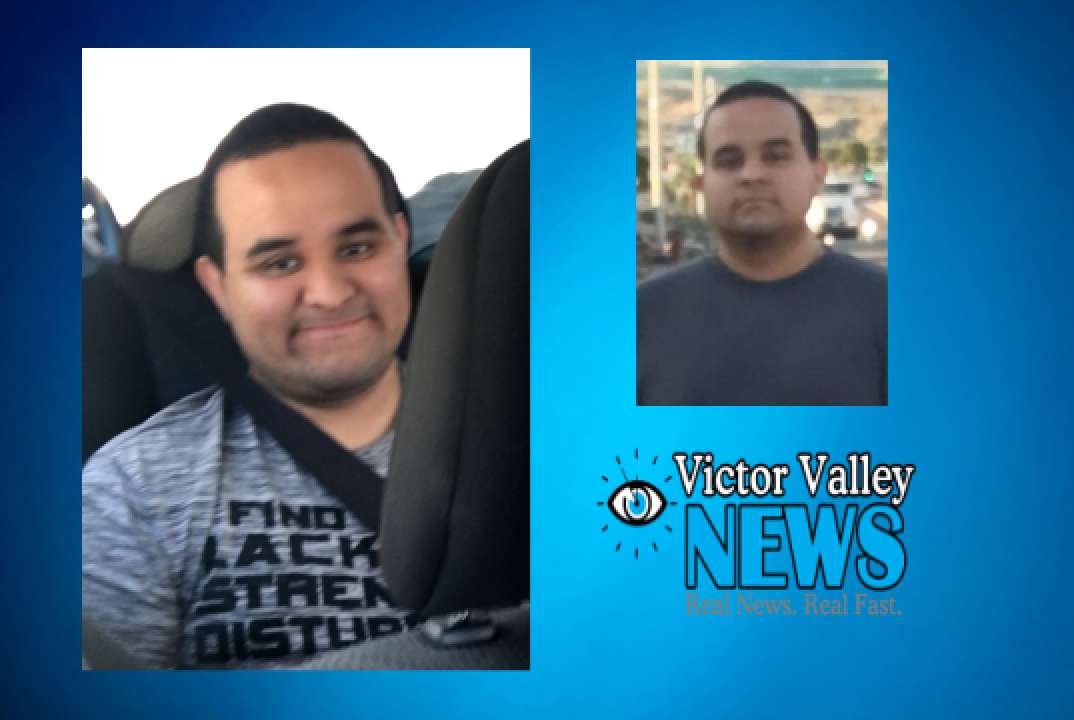 VICTORVILLE-(VVNG.com): A Pico Rivera man who was last seen in Victorville is missing and his family is seeking assistance to help locate him. Ronald “Ronnie” Angel Chavez’ last known whereabouts was at the Arco AMPM on Mariposa and Bear Valley Road.

Ronald was diagnosed with Major Depression with psychotic features in early April. “My main concern is his state of mind, he can be fine sometimes and other times he is not,” said Rosa Chavez, Ronald’s mother.

Rosa said that she believes that Ronald was heading back to their Pico Rivera home from Laughlin, Nevada and realized that he needed gas when he was in Victorville. He called her cell phone from the gas station on Mariposa and Bear Valley Road asking her to transfer some gas money to him. Rosa transferred $50 to his account at 5:00 a.m. on Saturday, April 30th. Ronnie then hung up with her but did not arrive home.

Rosa was at a loss about what happened and why Ronald did not call back. She eventually looked at his cell phone that was left at their home prior to him going to Laughlin and noticed there were three missed calls from Ronald made to his own phone. “I think maybe he was no longer in the right state of mind and did not remember my cell phone number after the first call,” said Rosa. “Our family has cell phones with all the same area code and prefix so maybe he thought he was calling me or his father.”

Before he went missing, Rosa said that Ronald talked about wanting to move to a condo that the family owns in Laughlin, Nevada. Open minded to the concept Rosa, and her husband planned a trip to Laughlin. The family left their Pico Rivera home on Thursday morning along with Ronald’s aunt and uncle who were going to “lend support and help keep an eye” on Ronald.

“We took a family trip to Laughlin to get away after that diagnosis,” said his mother, Rosa Chavez. “When he is depressed he does not sleep, does not eat and we have not been successful in getting him to take his prescribed medication.”

On Friday night Ronald, who was wearing red, white and blue swimming trunks, a black shirt and tennis shoes told his family he was going swimming. When Ronald did not return a few hours after they went to check on him. They noticed that Ronald left in their vehicle, traveling the I-40 to the I-15 South all without money in his possession, which led to the call for gas on Saturday, April 30th.

When Ronald did not arrive home or call, Rosa reported her son missing but said that because Ronald is an adult, Sheriff’s detectives do not consider him at risk. The vehicle Ronald was driving was located by CHP officers on the I-15 freeway, in Baker which is the opposite direction of his home on Saturday afternoon. The vehicle appeared to have run out of gas. The family now has the vehicle back and located the key belonging to the vehicle inside. The key was previously attached to the key to their Laughlin condo but the condo key is no longer attached.

The $50 transferred to him remains unused. According to Rosa, detectives requested surveillance footage from the gas station on Monday, May 2nd. Ronald is described as 5’11”, 200 pounds, with brown eyes and short brown hair. If anyone sees Ronald or has any information that may help lead authorities to him they should call (760) 956-5001 and/or call Rosa Chavez at (323)369-6042.