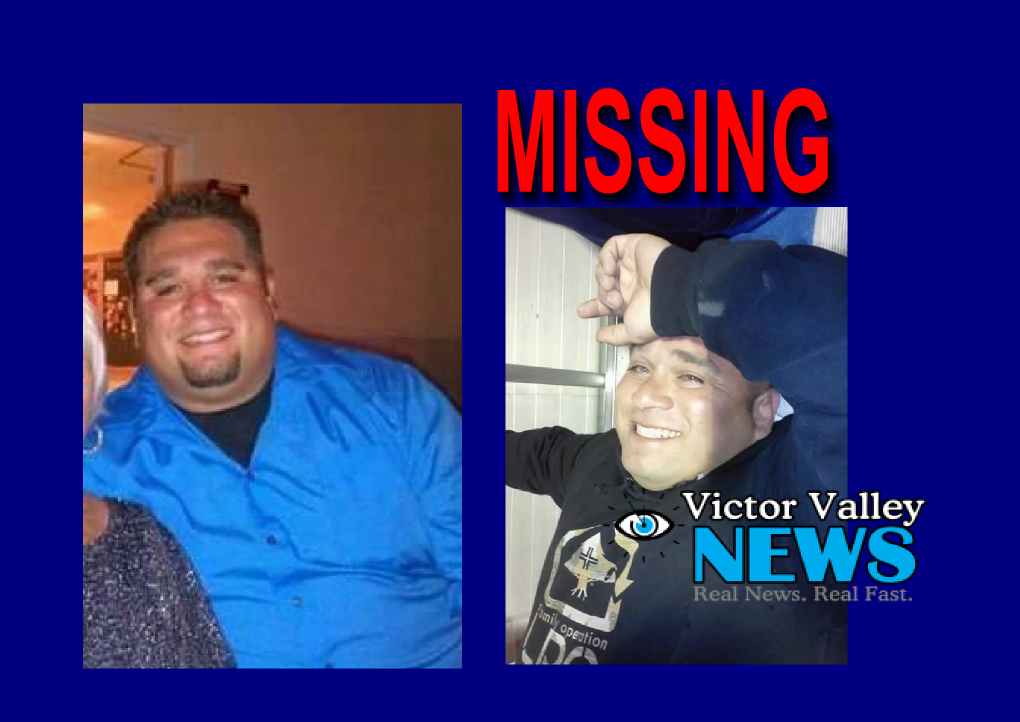 UPDATE 5/17/15: According to family, Mike Gomez, has been found safely. The family asks for privacy and respect while they deal with this from here. They would also like to thank everyone who shared the photo for their help.

VICTOR VALLEY:(VVNG.com): Michael (Mike) Gomez, 31, was last seen in the Orange County area by his father on Friday, May 8th. He went to work on Saturday and told family he would be coming to the Victor Valley area to visit his mother and grandmother for Mother’s Day.

Gomez never showed up for Mother’s Day, he has not been to work and no one has heard from him since. has no phone, no car and a severely injured foot.

According to his Ex-wife, Amanda Hill says that it is not like him to miss Mother’s Day or to not even call. His children at this time do not know that he is missing and Hill says she is hoping he will return safely so she will not have to tell them.

“We want him found I couldn’t imagine telling my children something has happened to their father,” she said.

Gomez was last seen wearing a grey hoodie, jeans and a red backpack. He is 5’7”, 200 pounds, has light brown hair and green eyes. He has tattoos on his arms and legs and usually is wearing shorts. He works in the Huntington Beach area and has been staying there for work.