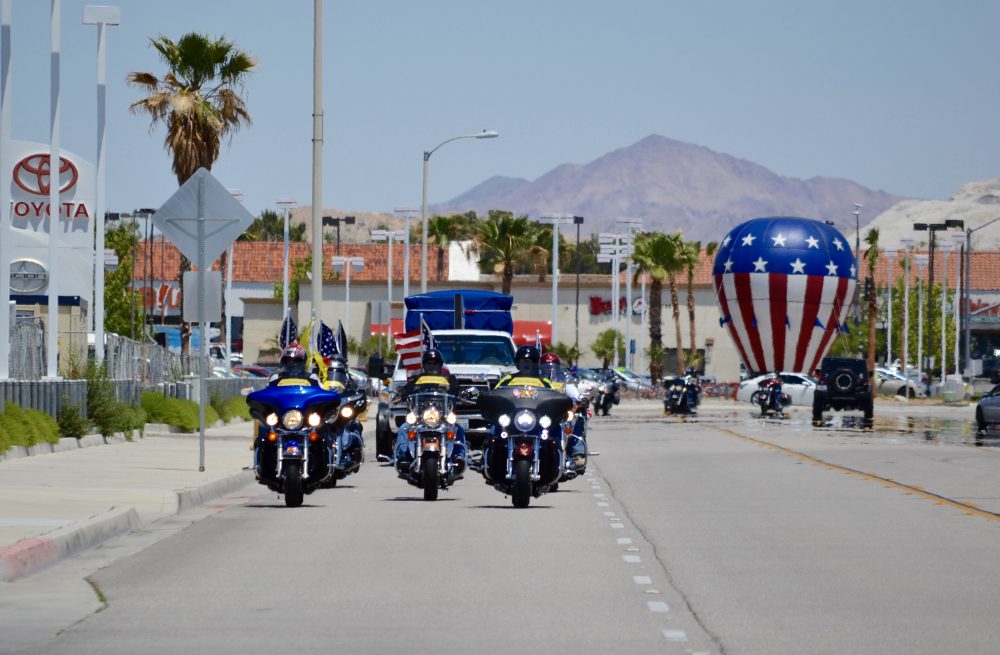 VICTORVILLE-(VVNG.com):  With nearly 70 motorcycle riding escorts, the Fallen Hero Cart made a stop at the Harley Davidson located at 14522 Valley Center Drive in Victorville Monday afternoon. The cart was scheduled to arrive at around 12:30 p.m. for an approximately 1-hour long stay in Victorville before driving the final 40-mile stretch of the nearly 1200 mile road trip from Seattle’s SeaTac Airport to the Ontario International Airport.

Volunteers with the Alaska Airlines Fallen Soldier Program, founded in 2011, spent hours of their own time refurbishing, painting and decorating old luggage carts to be used to transport the fallen soldiers. “The program began when airport employees realized that the fallen soldiers were transported with plane cargo,” said Wiles. “These soldiers are not cargo, and Alaska Airlines employees wanted to find a way to transport them with the dignity that they deserve.”

Volunteers paint the carts blue with red carpet inside. The curtains on each side are an American flag and on the side, there are the five military branch insignias. These are carefully detailed to ensure the proper, respectful and dignified handling of the caskets carrying these fallen soldiers.

The program refurbished one of these carts to be used at the by any airline at Reagan International Airport while remaining in the care of Alaska Airlines while not in use. This particular Fallen Hero Cart left the SeaTac Airport in Seattle, Washington on May 13th at around 8:00 a.m. Escorted by motorcycle riders from various locations, many of them American Legion Riders, the group made various stops creating groups of excited bystanders during their trip.

Workers with all different skill sets spend their time and use their skills, knowing that these soldiers, both men, and women left their homes and their family to protect our country.  These men and women, many very young, leave with a hug, kiss and goodbye that they know all too well may be their last. This was proven true for the nearly 4,500 U.S. soldiers in Iraq and nearly 2,345 in Afghanistan that did not return home alive.

These soldiers return home to their grieving family in a casket draped by a U.S. Flag. Alaska Airlines Fallen Soldier Program volunteers acknowledge the sacrifice and the grief making this program and their time something they are glad to offer. “I respect people who risk their lives for our freedoms, and I feel like this is a small thing I can do for them in return,” said John Van Dyke, a line aircraft technician in Seattle said on a 2014 Alaska Airlines Blog post. 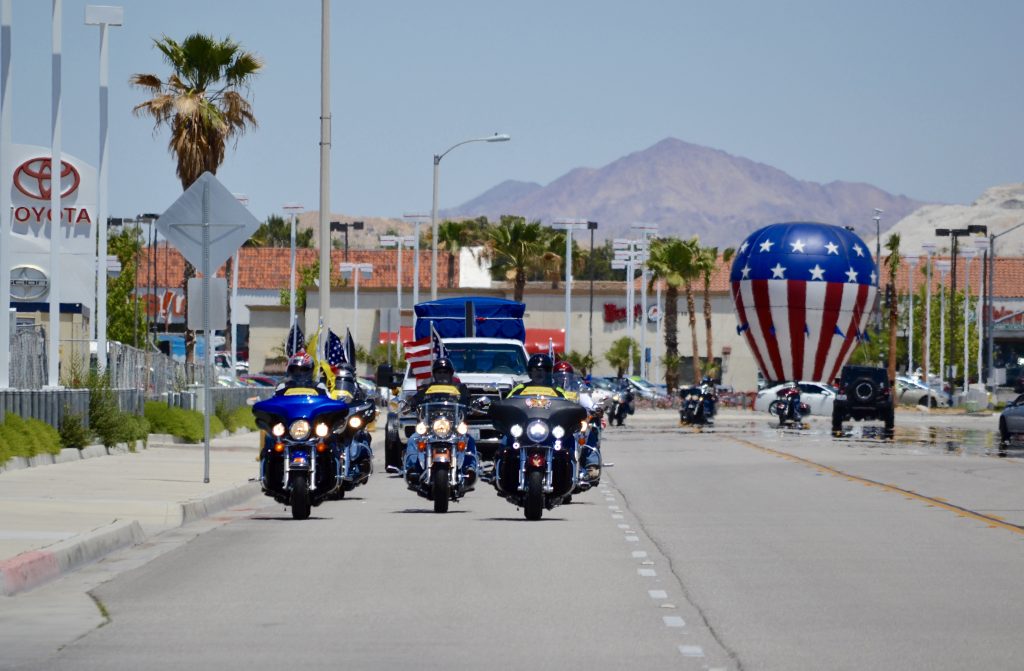 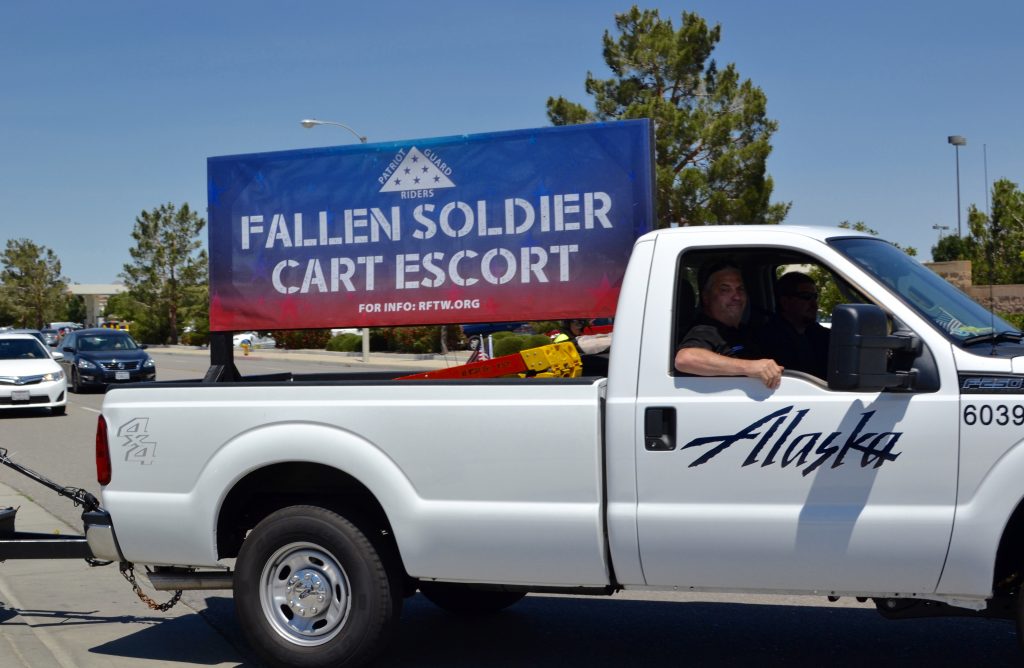 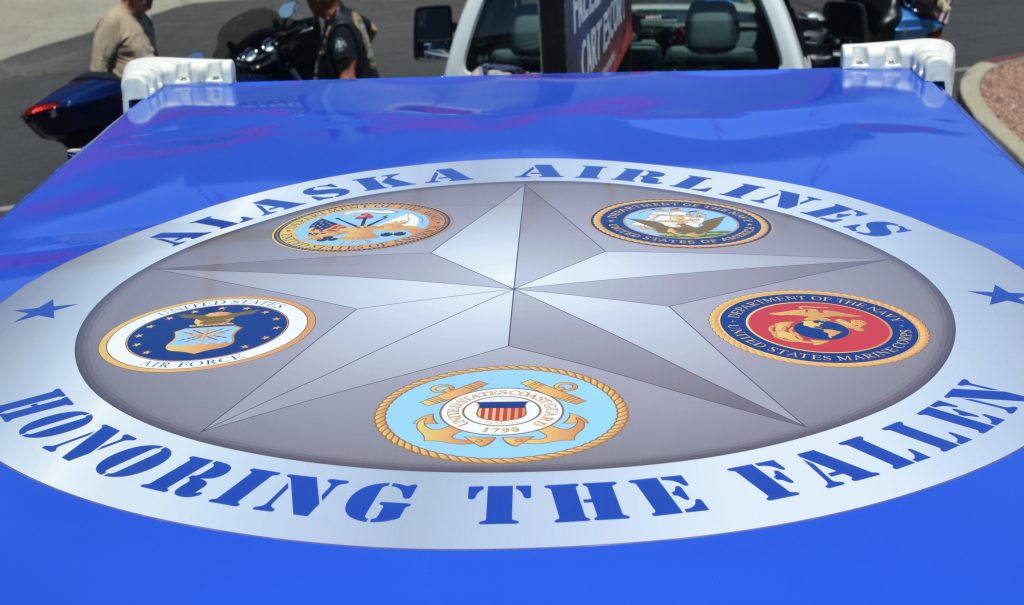 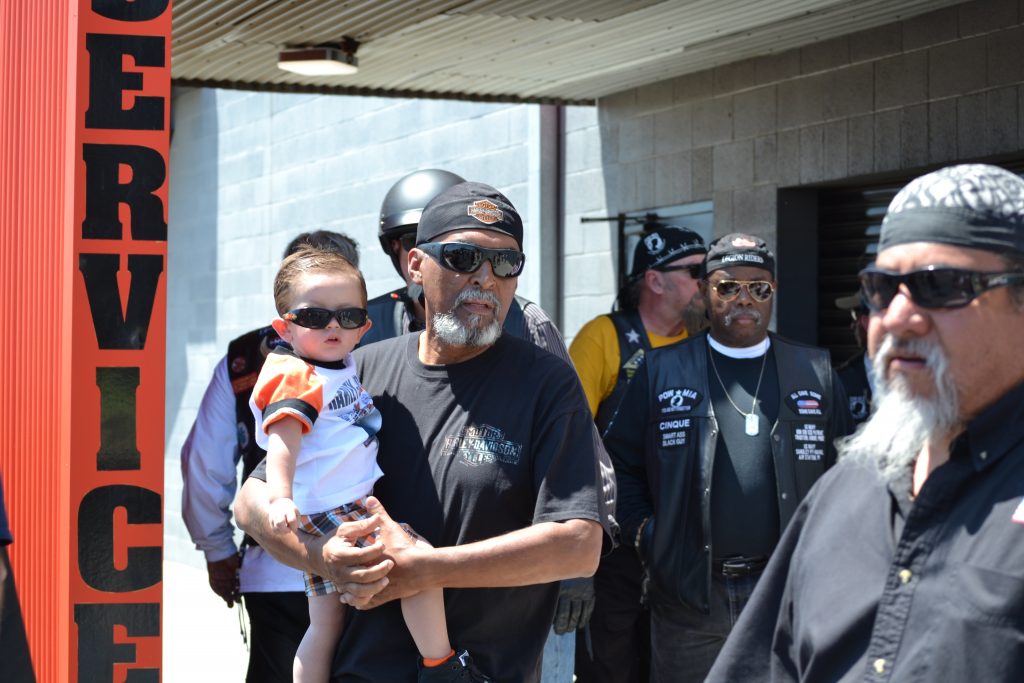 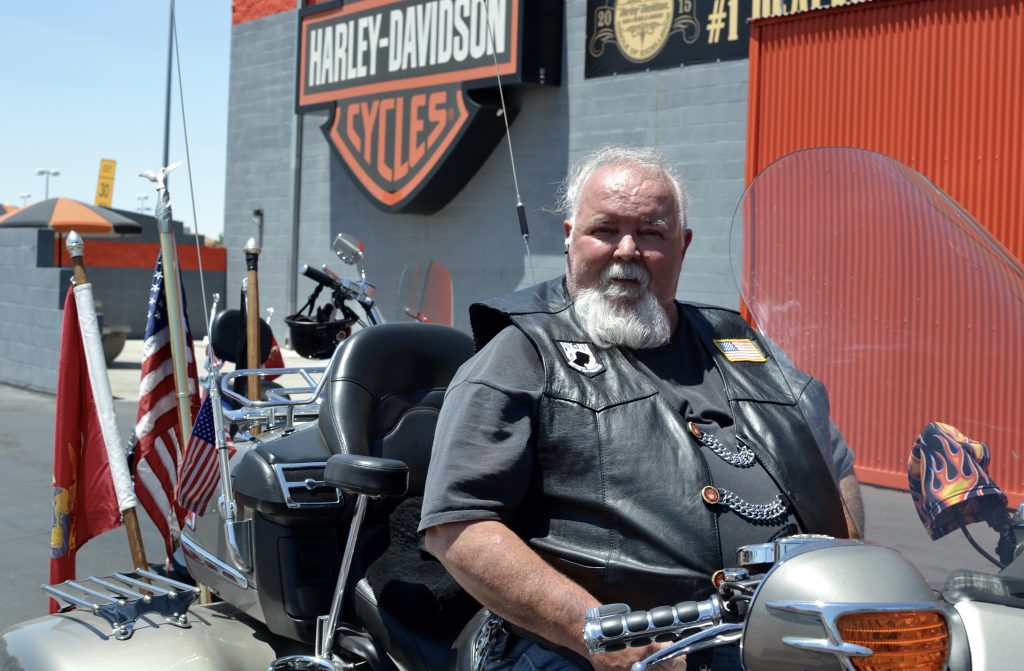 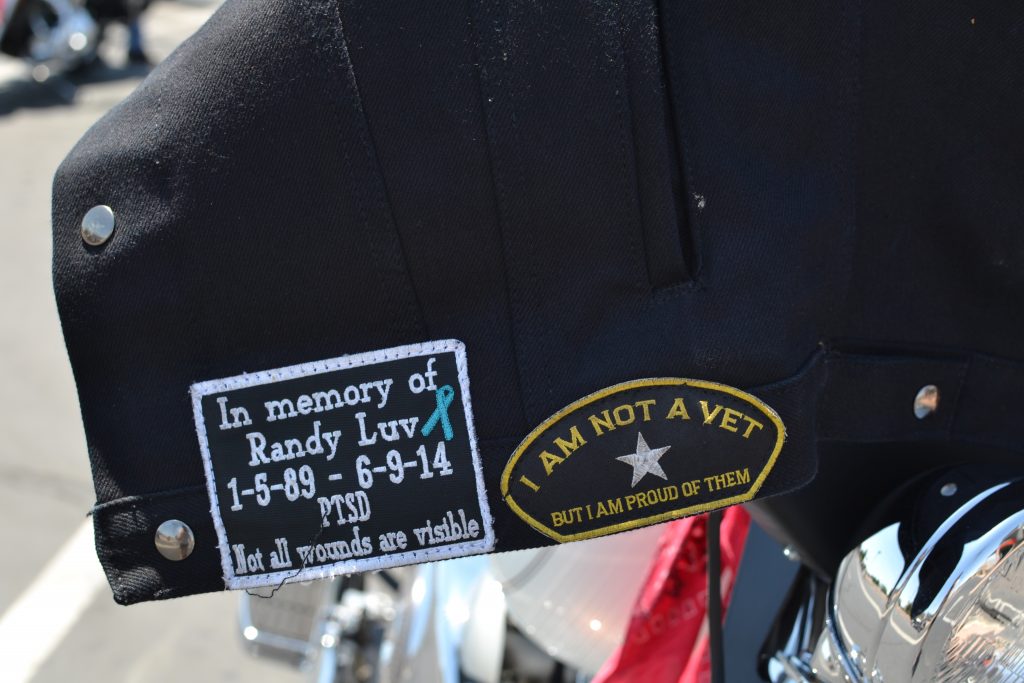 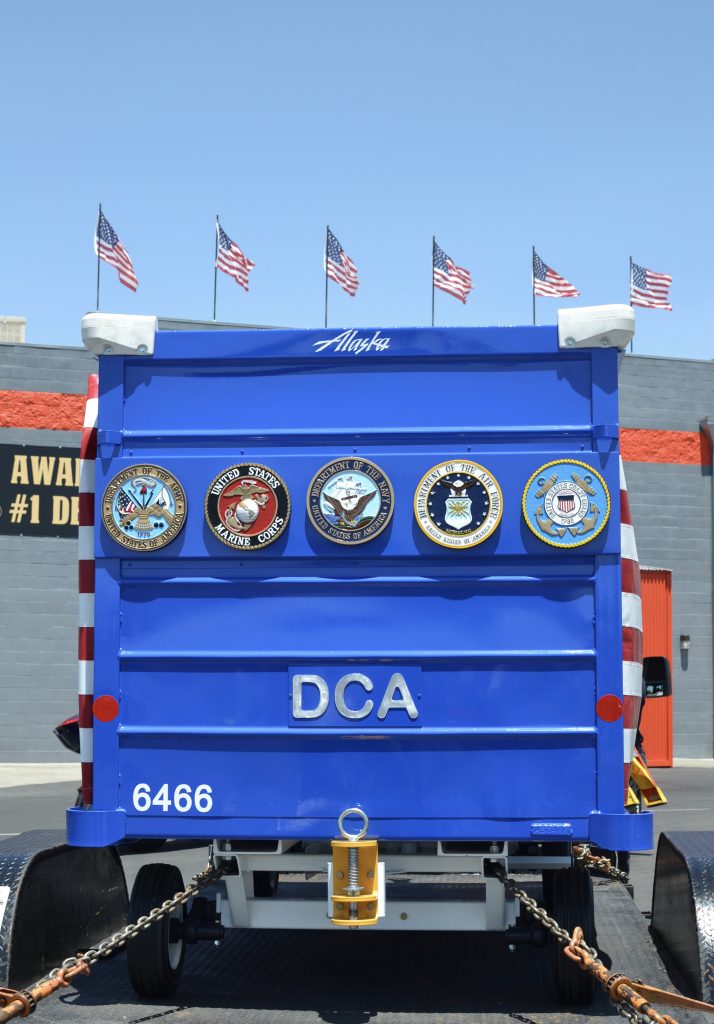