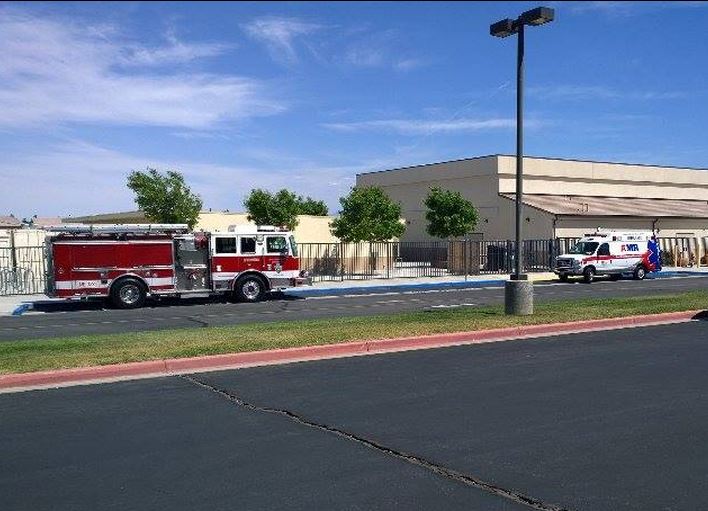 Parents believe this was all due to several fights that broke out during lunch time. Authorities were looking for two male juveniles just before dismissal, there was police presence in and around the school and streets surrounding it. Near the office there was a stretcher open in the office area and an ambulance and fire engine was standing by.

Just before dismissal, two students were seen running on the north side of  Columbia middle school throwing up gang signs.

“I do not have the report right now other than all the staff is at the school right now,” said the Superintendant Assistant from the Adelanto School District. Parents believe this was

all due to several fights that broke out during lunch time.

At this time there is no additional information available. Information will be updated as it is received.

Despite Rumors, Charges Still Pending for Mother That Hit Child With iPad