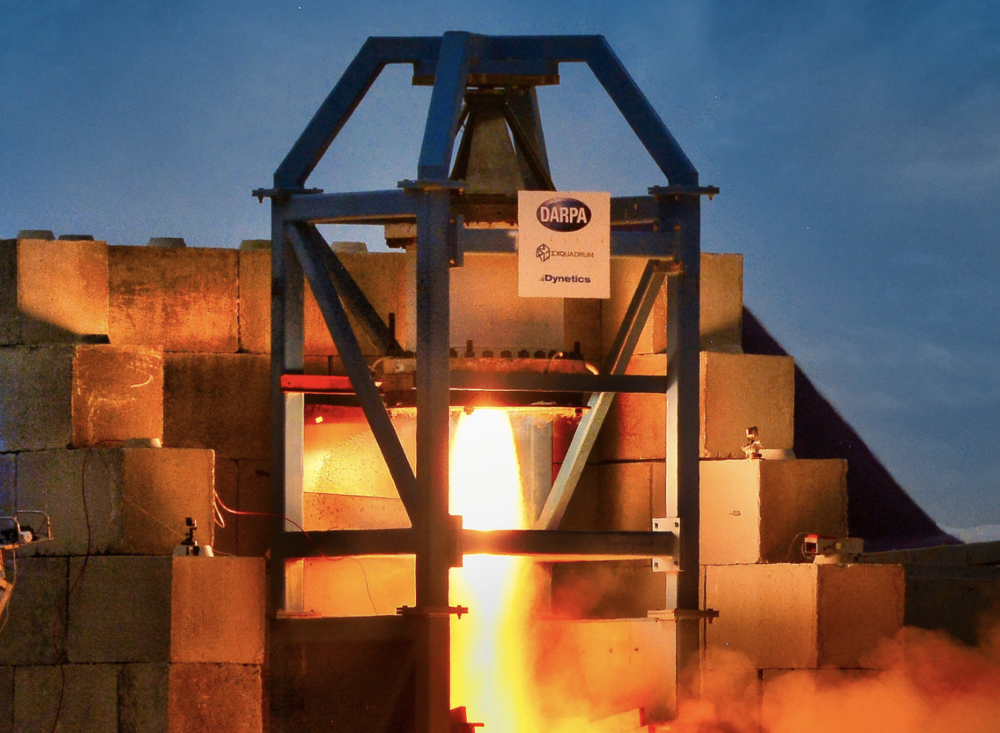 This test is the culmination of Phase 2 of the company’s $15.1M prime contract, which was awarded to Exquadrum in September 2018. The team of Exquadrum and Dynetics, of Huntsville, Alabama, worked jointly to develop the second stage of the OpFires weapon system.

“Exquadrum and our partner, Dynetics, are grateful to DARPA for providing us the opportunity to take a highly innovative propulsion technology from idea to full-scale with many of the key components in their flight-like configuration,” said Kevin E. Mahaffy, Chief Executive Officer of Exquadrum. “This technology is now ready to transition to a host of advanced flight applications from hypersonics to traditional rocket booster systems.”

“This intensive nineteen-month development program has resulted in a detailed propulsion system design with the demonstrated experimental results, proving this innovative technology can meet hypersonic weapons system requirements. We are looking ahead to applying this technology to both space and weapon systems,” said Kim Doering, Dynetics Vice President of Space Systems.

Both companies have previously supported DARPA on technology advancement projects.  Exquadrum was a prime on the Force Application and Launch from Continental U.S. (FALCON) program. Dynetics was selected as the final performer for Gremlins, an aerial launch and recovery of low-cost, reusable unmanned aerial systems (UAS) demonstration program. Additionally, Dynetics is a prime contractor for the Mobile Force Protection program.

Motorcylist airlifted after crashing with semi in Adelanto