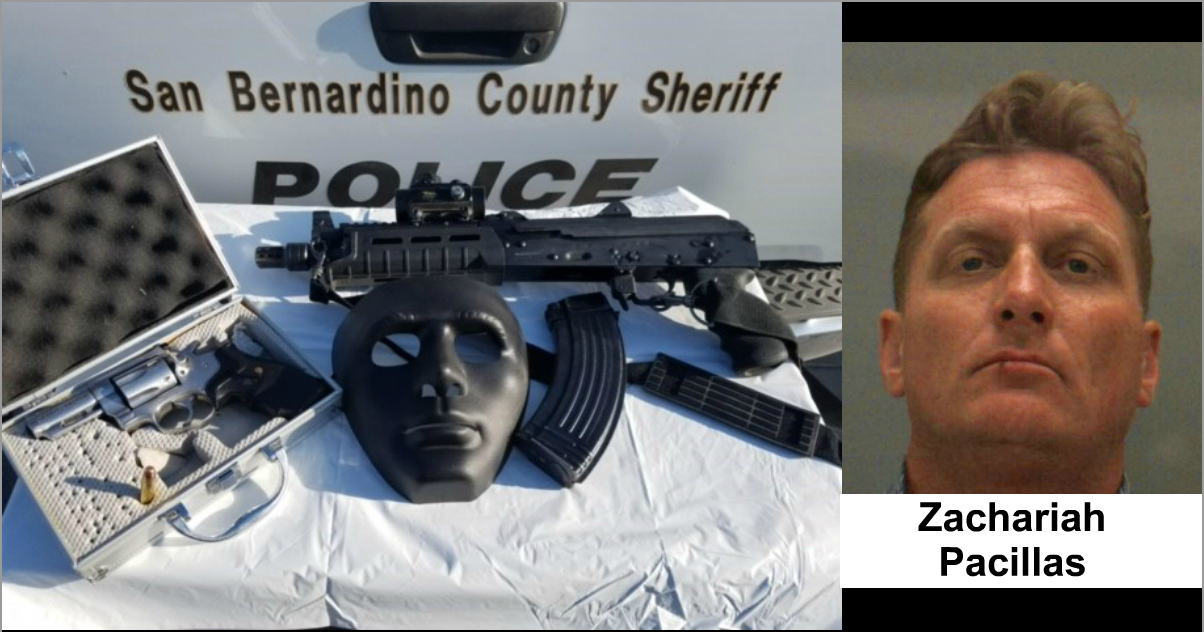 VICTORVILLE, Calif. (VVNG.com) A traffic stop resulted in the arrest of an ex-felon found with a loaded AK-47, a black plastic mask, and methamphetamine, authorities said.

On Thursday, June 29, 2017, The High Desert Regional Gang Team performed a traffic stop on a vehicle while conducting proactive gang enforcement on Nationa Trails Highway near Fern Way in the County area of Victorville.

During the traffic stop the driver, Zachariah Pacillas, 44, from Victorville was observed reaching towards the center console area of the vehicle where Methamphetamine was found to have been dumped out of its container, stated a Friday morning press release.

During the search of the vehicle, a loaded AK-47 with a 30 round magazine, a loaded .357 magnum and a black plastic mask was located in the trunk.

The suspect was arrested, transported and booked into the High Desert Detention Center for an ex-felon in possession of assault weapon and possession of a controlled substance while armed. His bail was set at $50,000.00