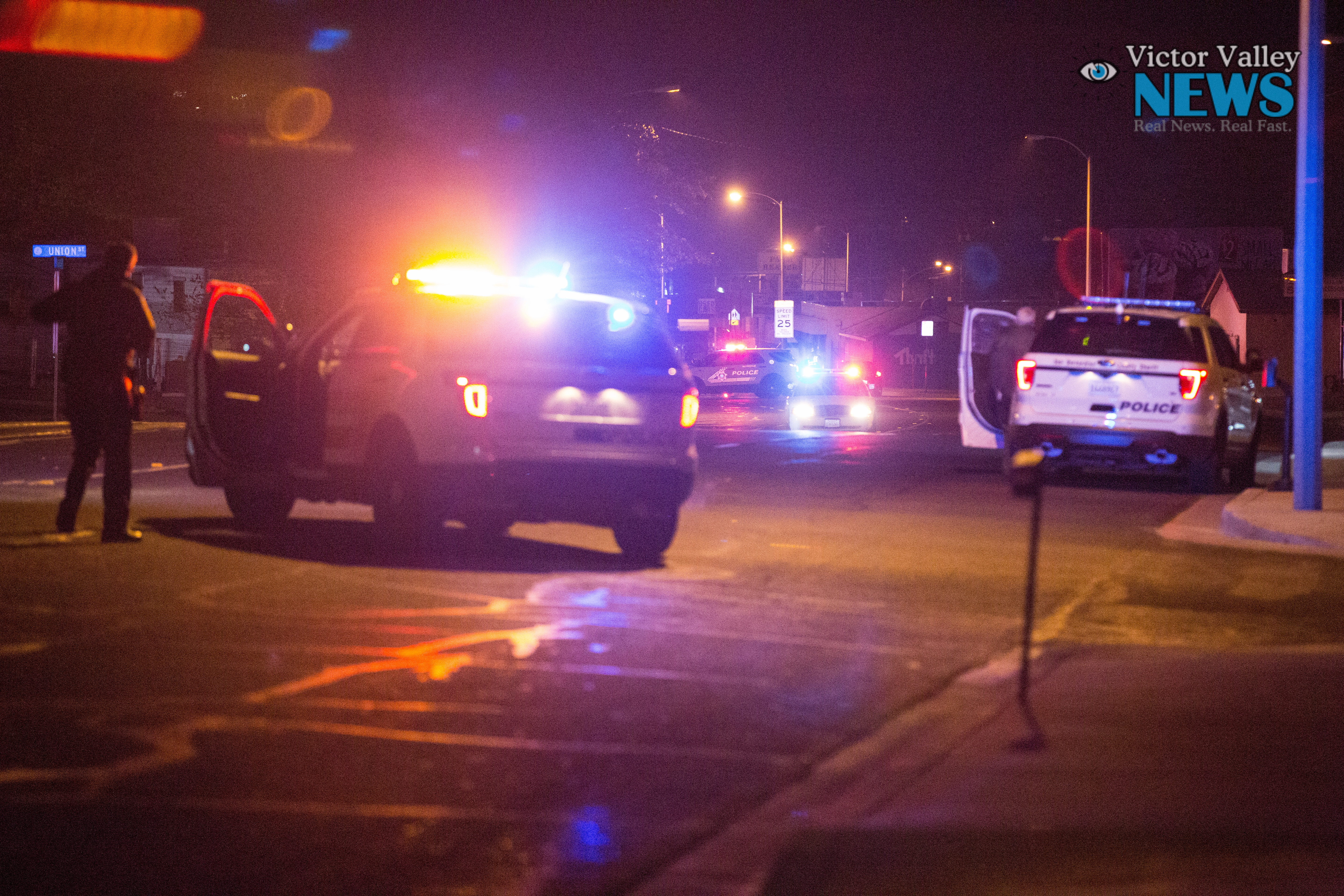 VICTORVILLE, Calif. (VVNG.com) Authorities shut down 7th Street in Victorville for 2 hours after a suspected bomb was located outside a mobile home park, Thursday night.

The call was dispatched at approximately 10:45 p.m. when a person located what appeared to be a battery pack, a clock, and aluminum foil wrapped around a device with exposed wiring.

According to a witness on scene, he walked directly in front of the device and immediately thought it was strange, he told Victor Valley News that the device was located on the corner outside the Desert Breeze Trailer Park, located on 16650 Union Street, in Downtown Victorville.

The Bomb & Arson division was requested to respond to the incident.

San Bernardino County Sheriff Deputy Rigsby said they were able to determine the suspected device was a hoax made to resemble a bomb.

According to Deputy Rigsby there has been an ongoing dispute between neighbors that may have led up to the hoax.

No arrests were made as of Friday morning.

The suspected explosive device in the lower left hand corner of the photo, on the corner of Union Street. Gabriel D. Espinoza, Victor Valley News)