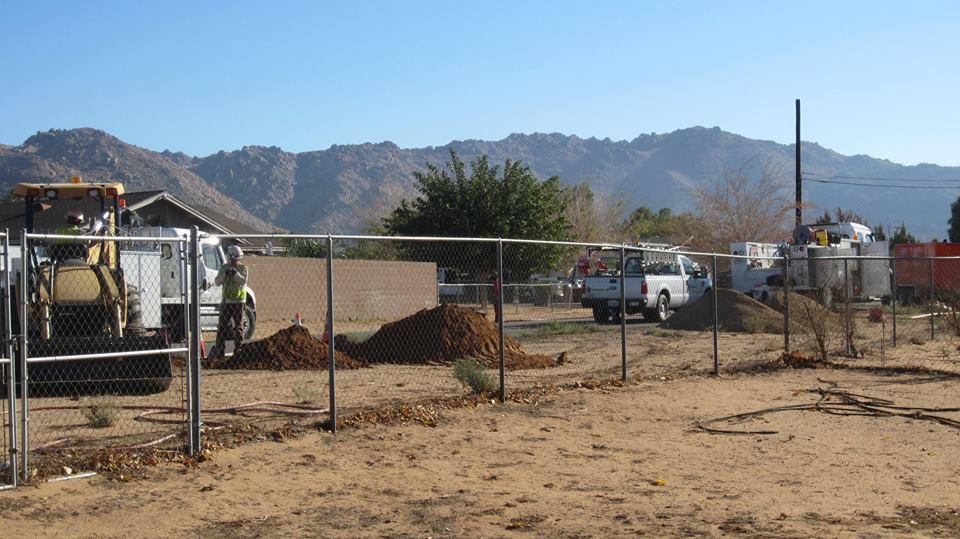 APPLE VALLEY:(VVNG.com)- In the early morning hours of Sunday, September 21st there was a report to Southwest Gas of a natural gas leak.  The initial report made by a resident walking by that night, stated that there was fire coming from the cracks in the street. The resident also when asked, reported to hearing a hissing sound coming from the ground. Being curious as to what the cause of this sound was, he used a lighter to investigate the situation, which ignited the natural gas.

The fire and gas leak was in the area of Neenach Road and South Road in Apple Valley. According to Southwest Gas Representative, Stephen Miller, three homes were evacuated as a result of this incident. Two of the evacuations were lifted 7 hours later, the third was just lifted the morning of September 23rd.

“The cause is still unknown at this time. The pipe is being sent out for analysis, but a root from a nearby tree is suspected to be a contributing factor,”  added Miller.

[box type=”warning” align=”aligncenter” ]Southwest Gas would like to remind all natural gas customers that if you hear hissing coming from the ground or see bubbles, step away from the area, then call 9-1-1 and Southwest Gas immediately. Never use lighters, matches or other such items to investigate as natural gas is flammable.[/box]