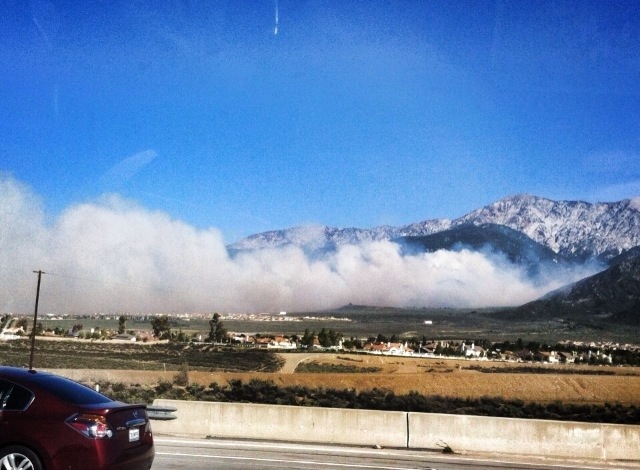 The following are voluntary evacuation areas: All residents East of Haven to Carnelian, North of Hillside.

UPDATE: MANDATORY evacuations have been ordered for homes between Haven and Carnellian. With possible evacuations for north Fontana. Los Osos High School and Day Creek Intermediate are being evacuated. The fire information hotline is (909)383-5688. As of 10:15am the fire has burned 200 acres.

RANCHO CUCAMONGA: Breaking news a brush fire is burning at the Etiwanda Preserve in Rancho Cucamonga.

The fire is being called the “Etiwanda Fire” and has been labeled a 2nd alarm fire. As of 9:15am 28 total acres have burned. Cal Fire and SB County Fire are currently fighting the fire. It was first reported at 8:30am.

A red flag warning is in effect and winds are reported to be at 60mph. The strong winds are pushing the winds down leaving Rancho and Ontario covered in smoke.