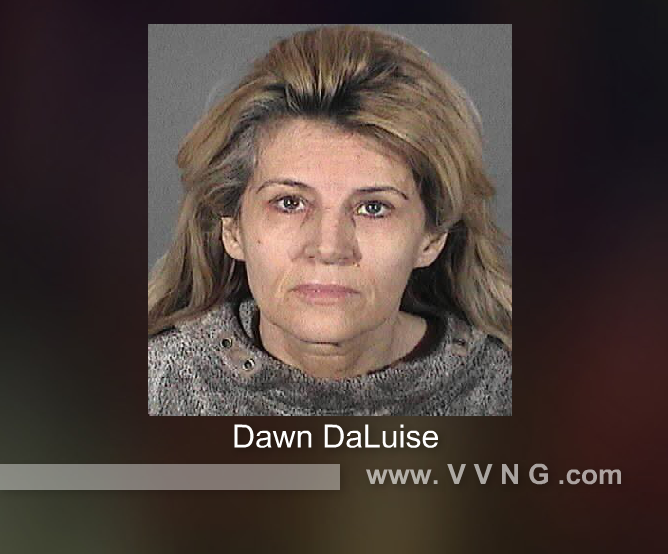 While investigating the cyber stalking allegation, separate information was obtained regarding an alleged solicitation for murder. Investigators, following up on leads, served several warrants in the Los Angeles County area on the morning of March 5, 2014. Dawn DaLuise, was arrested and booked at West Hollywood station.

The investigation is still on-going relative to the male allegedly contacted by DaLuise to perform Murder for Hire. The motive for the alleged crime is over a business dispute with an esthetician competitor.

DaLuise has been in custody since March 5, 2014. Her bail is $1 million dollars. Her arraignment will be held at Airport Court in Los Angeles on Friday, March 7, 2014.

Anyone with information regarding this incident is urged to contact the Los Angeles County Sheriff’s Department’s Fraud & Cyber Crimes Bureau at (661) 287-4096.

If you prefer to provide information anonymously, you may call “Crime Stoppers” by dialing (800) 222-TIPS (8477), or texting the letters TIPLA plus your tip to CRIMES (274637), or by using the website https://lacrimestoppers.org.