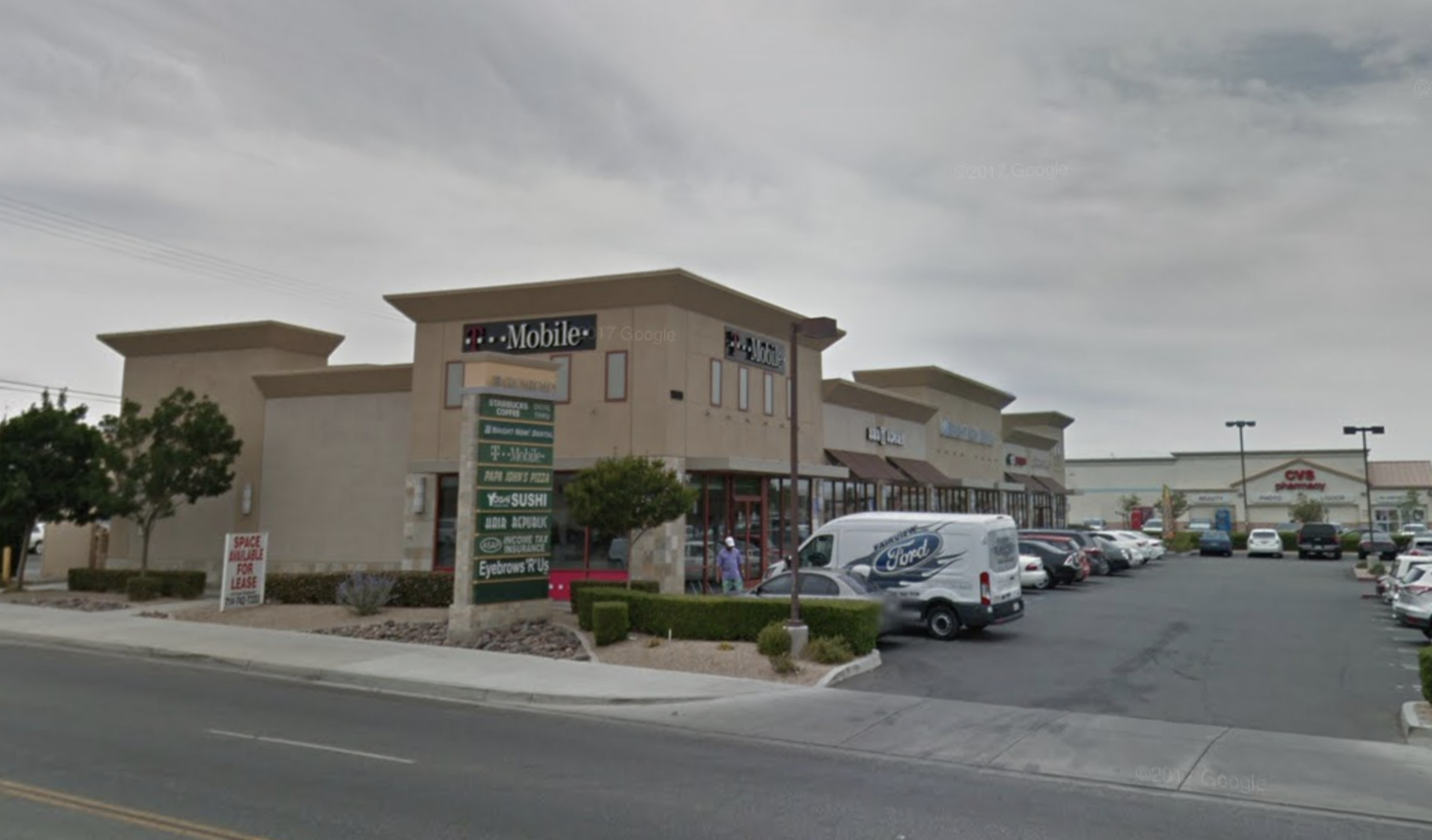 HESPERIA, Calif. (VVNG.com) — Employees and customers inside a T-Mobile store were held at gunpoint during an armed robbery Saturday night.

It happened at about 7:40 pm, when an armed suspect entered the business located in the 17000 of Bear Valley Road in Hesperia.

Said to be armed with a sawed-off shotgun and his face hidden behind a mask, the suspect ordered all employee’s and customers to the back of the room, a witness who wished to remain anonymous told Victor Valley News.

According to Sheriff’s Cindy Bachman, “the suspect robbed the employees at gunpoint and stole several phones/merchandise and cash.”

The store manager was ordered to open the safe and stole dozens of cell phones along with an unknown amount of cash.

Deputies responded to the area and conducted an extensive area check but the suspect was not located, officials said.

Anyone with information is asked to contact the Hesperia Sheriff’s Station at 760-947-1500.