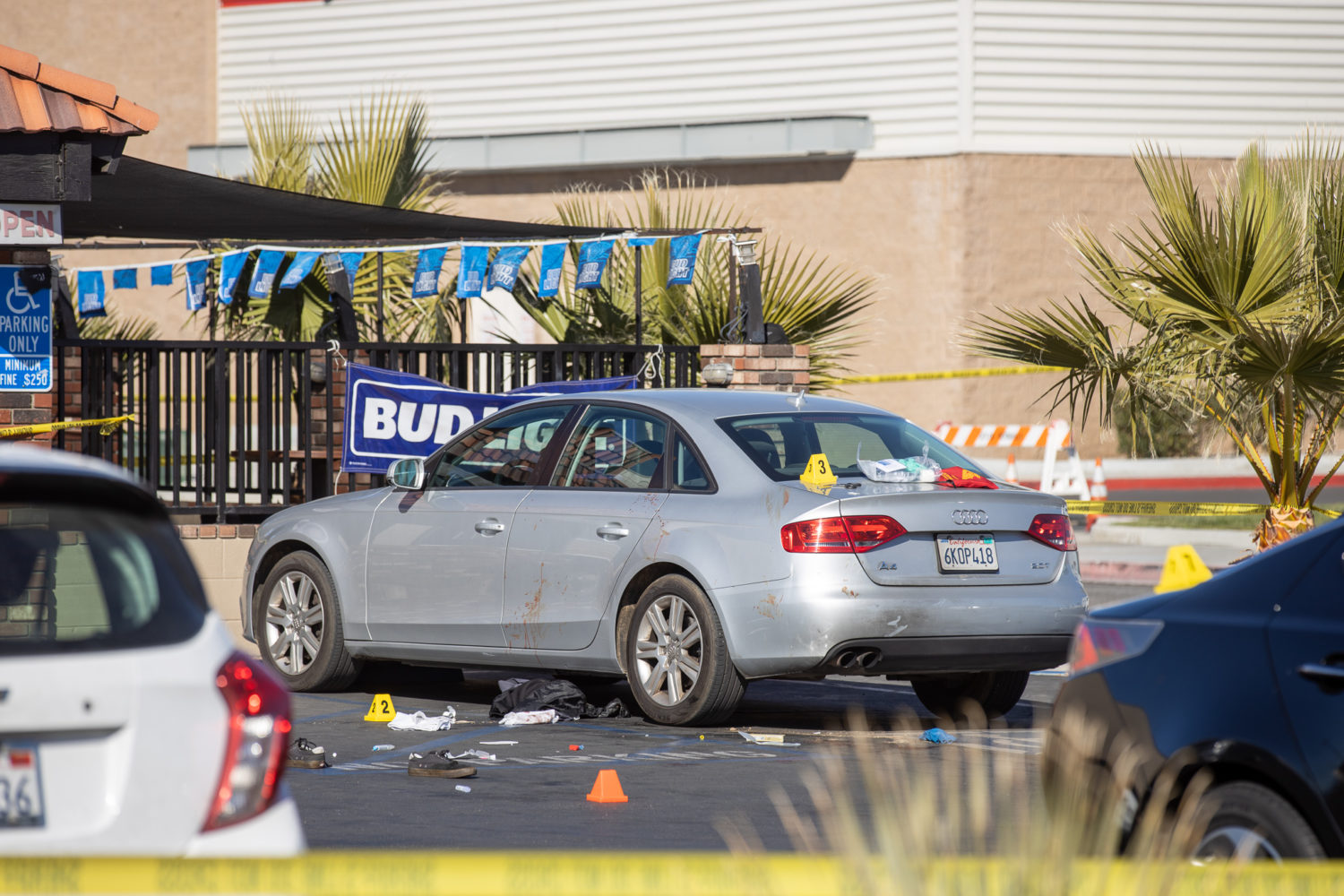 VICTORVILLE, CALIF. (VVNG.com) — A bar employee has been killed after he was stabbed by a man as he attempted to break up a fight between two women just after midnight Saturday outside of Bombshells Bar & Grill in Victorville.

Witnesses told Victor Valley News that an altercation started amongst several women in the parking lot of the establishment, previously known as Johnny Fingers Sports Bar and Grill located at 15863 Lorene Drive in Victorville.

San Bernardino County Sheriff’s Spokeswoman Cindy Bachman confirmed that deputies responded to the location at 1:23 a.m. on February 21, 2021 where they located a male in the parking lot suffering from life threatening injuries.

Bachman said the male victim was transported to a local hospital where he was pronounced deceased.

The owner of Bombshells Bar & Grill, Jenn Sargent, posted to social media asking the community to pray for the victim that she identified as Brian Lopez.

“We will be closed today. Please everyone keep Brian Lopez and his family in your prayers. He was a very nice guy and will be missed by all who knew him. RIP Brian,” the Facebook post stated.

As of noon Sunday, nearly a dozen vehicles remained in the parking lot as authorities continued their investigation and gathered evidence.

Detectives were seen photographing a silver Toyota Camry Hybrid that struck a black SUV in the parking lot, causing damage to both vehicles. Also photographed was a silver Audi parked near the entrance of the bar which showed blood splattered on the outside of the vehicle and a pool of blood on the ground nearby.

The deadly incident comes just a week after 44-year-old Steven Davis was shot and killed on Saturday, February 13, 2021 in the parking lot of the Whiskey Barrel in Hesperia. However, preliminary reports do not indicate that the two killings were related.

Authorities have not released any additional details into the incident at this time, and it’s unclear if the suspect has been apprehended.

This is fluid story, please check back for more details.