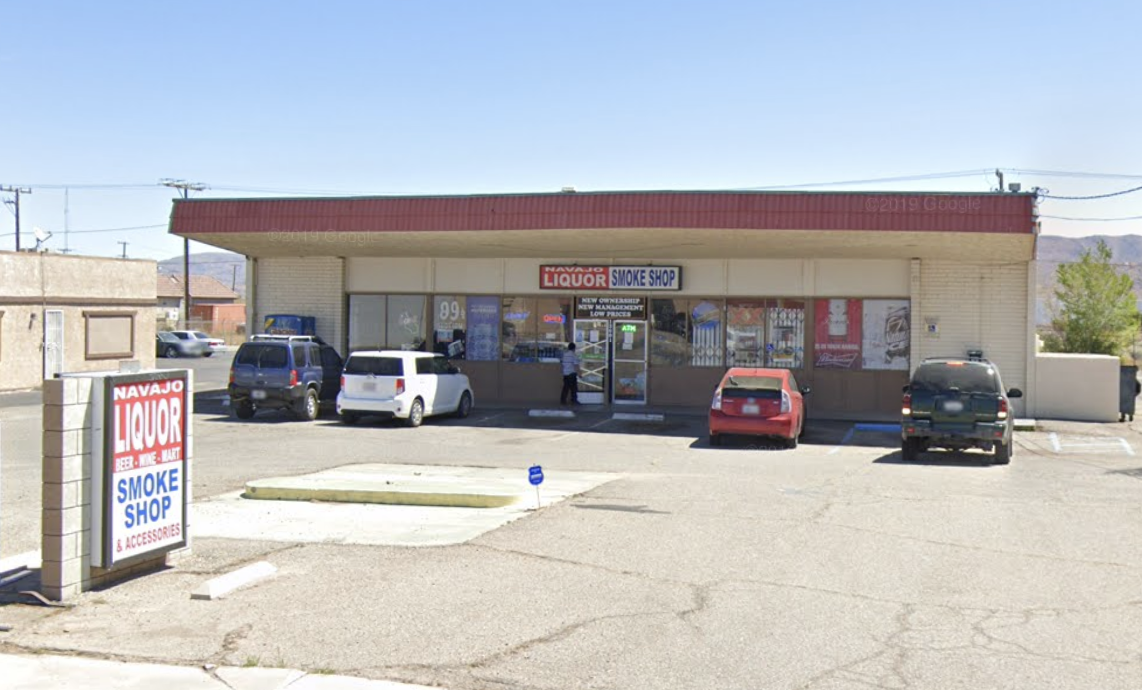 APPLE VALLEY, Calif. (VVNG.com) — An employee at Navajo Liquor in Apple Valley was punched in the face by one of four suspects stealing Brandy from the business on Saturday afternoon, officials said.

Deputies from the Apple Valley Police Department responded to an unknown problem at the liquor store in the 13600 block of Navajo Road.

According to a Monday morning sheriff’s news release about the incident, three unknown suspects entered the store taking six, 1-liter bottles of Brandy.

The victim, a 54-year-old male employee, chased the suspects out of the store but could not catch them and upon re-entering the store, he encountered a fourth suspect inside.

“The victim asked the fourth suspect to leave. When the victim followed the suspect outside, the suspect punched him in the face. The suspect tried to re-enter the store, but the victim deployed pepper spray and held the front door closed. The suspect then fled the location in an unknown direction,” stated the release.